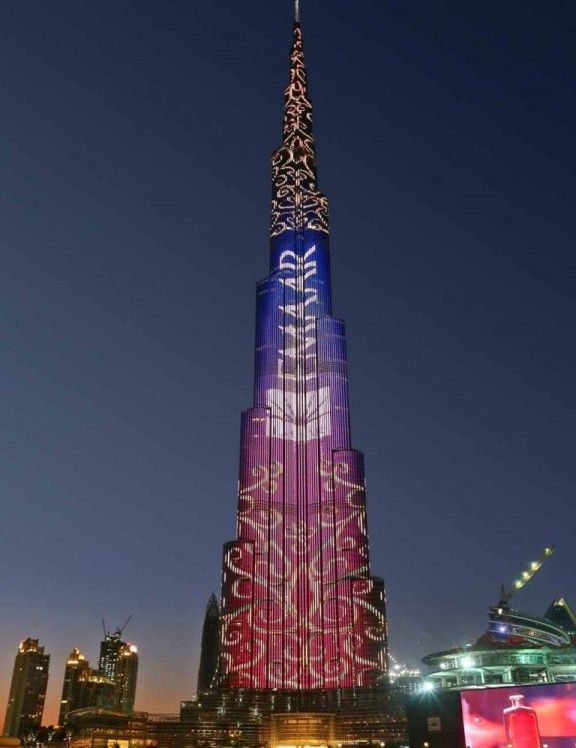 The world's tallest building, Burj Khalifa is the pride and honor of the Emiratis.

Dubai is a city that will leave you awestruck with its incredible construction projects. While there are numerous old and upcoming projects in the pipeline, nothing has yet stolen the show from the Burj Khalifa. Known to the world as the tallest building on earth, the Burj Khalifa is the pride and honor of the Emiratis. Standing tall and proud amongst all the skyscrapers of the city, the Burj Khalifa offers an experience like no other. Here are the real reasons for visiting the Burj Khalifa in Dubai.

To construct the 828 meters tall building that has more than 200 stories, it took more than 333,000 cubic meters of concrete mix, 39,000 tonnes of steel reinforcement, 103,000 square meters of glass and 15,500 square meters of stainless steel. To make the calculations simpler for you, it can be said that the concrete used for the construction weighs the same as 100,000 elephants while the weight of the aluminum is equivalent to five A380 aircraft.

The solid structure made of glass and steel has been designed in the form of a delicate flower: the Hymenocallis. The Y-shaped structure of the building not only gives the building a unique design but also a stable configuration to its core structure. The central core of the structure runs to the top and extends into a sculpted spire. If you look up from the foot of the Burj Khalifa, the top resembles an onion dome, which is prevalent in Islamic architecture.

Can Be Seen From Far

Being the tallest building in the city, the Burj Khalifa is never far from anywhere you go in Dubai. In fact, the tip of the building can be seen from a distance of 95 km. It is probably the first thing that you would see as your airplane lands in Dubai.

The observation decks are open from 10 AM to 11 PM. However, the best time to visit is between 4 PM to 6 PM, as you get to witness a magical sunset during this time. During the winter season, you can also visit the Burj Khalifa observation deck to witness a brilliant sunrise.

The elevators of Burj Khalifa run at the speed of 10 meters per second, making them some of the fastest elevators in the world. You would reach the 124th floor in just 1 minute from the ground floor. The building also has the tallest service elevator in the world. It also has the longest single running elevator on earth (which runs till the 140th floor).

Dubai is the epitome of luxury and the tallest building in the world is the finest example of the same. The Burj Khalifa is home to the luxurious Armani Hotel. Covering the first eight floors as well as the 38th and 39th floors of the Burj, Armani Hotel, with its muted gray interiors, lush fabrics, beautiful wooden floors, private butler services and soft monogrammed robes, is fit for royalty. Apart from this, there is an atmosphere restaurant. Located on the 122nd floor of the building, this is the highest restaurant in the world. Aside from offering incredible views of the city, the restaurant is known for its brilliant menu of exclusive dishes and signature drinks. The Burj Khalifa also has premium residential units and corporate offices.

The Burj Khalifa has awed people around the world for the last 10 years and would continue to do so for years to come. This is one attraction that you should not miss visiting while in Dubai.

Perfect Ideas of Places to visit in St. Petersburg
705
6 Reasons to Invest In Website Designing Company
612
FIVE REASONS WHY YOU SHOULD HIRE A LOCAL MOVING COMPANY
601
5 cheap states to live in Mexico and invest in real estate
601
ERP software in Dubai
526
Reasons to Hire a Garage Door Repair Professional
494
The real benefits of Ladki sambhog vashikaran mantra
478
I CAN REALY UNDERSTAND THE FEELINGS OF HUSBAND BEING A WIFE
441
6 Reasons You Feel Tired After A Night Sleep
434
5 Reasons Why Traveling Is Good for You?
431
8 Top Reasons Why Knowledge Sharing Is Vital
431
What Normally Happens When You Visit The Vein Specialist
419