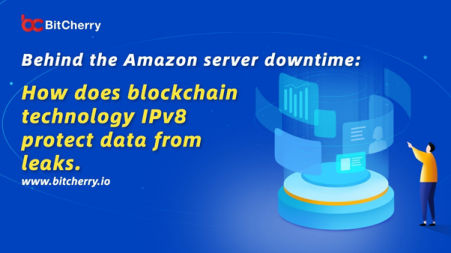 Behind the Amazon server downtime: how does blockchain technology IPv8 protect data from leaks.

Nov 26, 2020, According to AWS, the outage only affected one of Amazon’s 23 geographic AWS regions. Still, the problem has been severe enough to affect many Internet companies’ services.

Many companies tweeted about how the AWS outage affected them.

It is worth mentioning that on the eve of “Black Friday” in North America, AWS downtime may affect Amazon’s e-commerce business. Some sellers said that their order data on Amazon suddenly dropped sharply, and even advertising costs were abnormal.

Companies such as Google, Facebook, Sony, etc., control massive amounts of user data. Even their business models revolve around profiting from user data stored on their centralized cloud servers. In the event of a downtime event, enterprises and ordinary users have to bear the resulting losses and face the risk of data leakage.