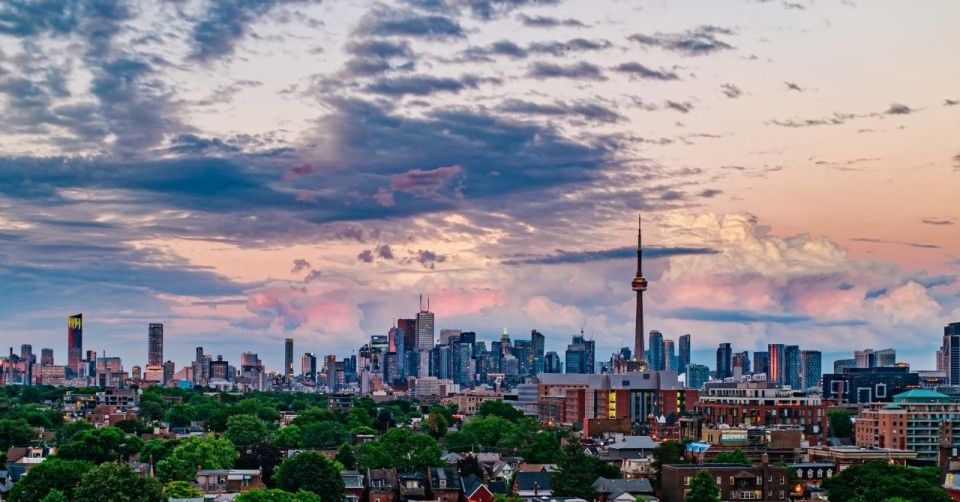 Things New Immigrants Should Know Before Moving to Toronto

Toronto is undoubtedly one of the most cosmopolitan cities in the world. Some commentators go even further and view Toronto as the "City of Immigrants." The city's diverse ethnicity is exemplified because over 170 languages are spoken within the city's boundaries. According to the 2016 census, over 385,000 people—around 15% of the total population—living in Toronto weren't even Canadian citizens. Comprising 7.8 % of the country's population, in 2016, Toronto was home to over 17% of all recently arrived immigrants in Canada.

The city welcomes everyone with open arms. As an immigrant or a newcomer, you need to consider various factors before deciding to move to Toronto, such as residential costs, cost of living, safety, and much more. Without proper research, it is very hard to relocate smoothly and without any problems. So, what should you research? Let's find out.

Things New Immigrants Should Consider When Moving to Toronto

We have gathered some of the things you need to be aware of to make informed housing choices in Toronto.

In the past decade, one of the main reasons new immigrants moved to Canada was the lower housing cost. However, this attraction has lost its appeal over time, especially due to the Canadian dollar's strength against most immigrants' home country currencies.

In the 2016 Census, Toronto homeowners reported an average house value of $754,015. In contrast, a recent report from the Toronto Real Estate Board states that the selling price for all housing types in the Greater Toronto Area in the 2019 calendar year was $819,319. Another recently published Cost of Living Index published by LowestRates.ca revealed that for a homeowner and a renter, housing in Toronto would cost $4223 and $2349, respectively. This means that any newcomer or immigrant has less purchasing power than they ever had before.

The census conducted in 2016 also revealed that over 292,265 or 26% of occupied housing options present in Toronto were condominiums. Newly arrived immigrants frequently occupied this type of housing. However, from 2006 to 2018, condo units' cost surged by 30%, making it more difficult for newcomers or immigrants to purchase them. Most immigrants who arrived in the past decade found the northern parts of the inner suburbs to be the best place to live in Toronto.

Each ethnic community has established neighborhoods in Scarborough and Etobicoke, York, such as Little India, multiple Chinatowns, Little Portugal, Greektown, Koreatown, and many more. Housing prices in each neighborhood vary; however, they are more affordable than housing prices in other more affluent neighborhoods.

Toronto is the largest city in Canada. As a result, it is home to an incredible variety of cultures, diversity, food, and art. The business and entrepreneurial scene in Toronto is rich with burgeoning talent. Big-name companies bring thousands of jobs to the people of Toronto each year. The city is packed full of districts with historical to ultra-modern vibes.

The most affluential residential neighborhoods of Toronto are in the city's heart, with towering skyscrapers made with glittering glass in the background. Adjacent to these neighborhoods, you can find the best schools and parks. The Toronto public school system operates at a high standard. It accommodates and supports immigrant children who don't speak English or French. Toronto is also equipped with a huge network of public schools that work in tandem with the private school system.

However, like all capital cities in the world, Toronto is expensive. A recent Cost of Living Index by LowestRates.ca reported that the average cost of living in Toronto for a renter was around $42,500 annually. In comparison, a homeowner was predicted to need at least $65,000 to live in the city. These are just estimates of what living in Toronto would cost you. Your lifestyle, spending habits, and location determine the actual cost of your stay in Toronto.

The low crime rate is another reason to move to Toronto. According to the 2019 Safe Cities Index released by the Economist Intelligence Unit (EIU), Toronto is one of the world's safest cities. Many downtown areas in Toronto are safe; however, Regent Park, like all poor neighborhoods, has a higher crime rate and is dangerous for people at night. Most dangerous neighborhoods in Toronto have a higher crime rate due to the relative poverty of the citizens. An example would be Moss Park in the South of Dundas Street.   Other dangerous neighborhoods include Jane and Finch in North York, Lawrence and Morningside in Scarborough, Galloway, and Victoria Park in Scarborough.

In comparison to other major cities across the world, Toronto's crime rate is exceptionally low. The crime rate per 1000 people in each other in the neighborhoods mentioned above is very low compared to cities like New York or Cincinnati.

In three out of four community councils in Toronto, Chinese ethnic origin groups outnumbered all other ethnic groups. Most visible minorities such as Arab, West Asian, and Chinese are found in the north and east Scarborough and north and northwestern Etobicoke regions in Toronto.

Home to the second-largest financial center in North America, Toronto serves as the driver of economic growth in Canada. Toronto's Gross Domestic Product (GDP) growth is considerably higher than the national GDP. It has grown at an annual rate of 2.4% annually since 2009 compared to the national average of 1.8%. The city is responsible for producing over one-fifth of Canada's GDP and almost half of Ontario's GDP. Thirty-eight percent of Canadian businesses have their headquarters located in Toronto.

This economic stability has brought Toronto many benefits, such as The Toronto Transit Commission—the third largest transit system in North America. Toronto has also been ranked 15th of 1000 cities by StartupBlink in 2019 because of the high quality and successful startups produced in the city that allowed the business environment to grow.  As a result, the business environment in Toronto is cutting-edge and highly competitive.

In Toronto, there is a wide variety of real estate options to choose from. Whether you want to buy or rent a house in Toronto, you will find classic to contemporary to modern-styled apartments almost everywhere as condominiums are the most popular housing options in Toronto. You can also rent a family-sized house or a townhouse in the suburbs of the city; however, doing so would raise the costs of living incredibly high.

If you have more room in your house or apartment than you need, you can rent out a single room from your rented space (if your landlord allows it). This is an excellent way to save money. No matter which type of lifestyle you want to pursue, you will find relevant housing options in Toronto.

When compared to other cities across the world, Toronto is practically corruption-free. Canada has been a functional democratic country for over 150 years. The government respects the wishes of the people and protects the basic rights of its citizens.

A corruption-free government is stable: laws are upheld, the economy booms and industrialization occurs. This stability has helped Toronto's economy grow at a substantial rate. Toronto's economy is outpacing Canada's national economy with a 2.4% annual growth in GDP annually. Further benefits of the government's stability are a firm judicial system, an anchored federal system, superior medical facilities, and a world-renowned education system. The government provides medical care, education, and a helping hand for all its citizens in times of trouble. It also provides temporary housing for newcomers and immigrants.

The climate of Toronto is semi-continental. The summer season is warm and humid, whereas the winter season is cold. Spring and fall exist somewhere between summer and winter. The risk of natural calamities such as floods, earthquakes, and hurricanes is very low. This makes house insurance cheaper compared to the insurance in cities like Houston or Florida. The costs of house maintenance and repair are also very low as there are rarely any significant temperature fluctuations in Toronto that promote weathering at an extreme rate.

Toronto is one of the largest art centers in the world. Each year, the Toronto Film Festival brings together the crème de la crème from Hollywood and countries worldwide. In Toronto, events that celebrate arts, theater, and history take place all year long. The diverse architecture of Toronto also makes it an ideal tourist destination. Each neighborhood has its associated entertainment spots. There are bars, restaurants, cafes, gyms, and various other options available in every neighborhood. In Toronto, you can attend famous art festivals and concerts, eat brilliant and exotic food at street food corners, or you can lean back on a bench in a populated park and watch the world walk by. The options are endless.

Toronto is an ideal city to move to if you are looking for a place that offers exciting times and an excellent living standard. Toronto is also one of the safest cities in the world. It is home to some of the best schools and universities in the world. It has a well-established private and public school system that is well-equipped to handle anything.

Toronto is the economic hub of Canada and offers a multitude of opportunities to immigrants. All in all, Toronto is a great city to move to if you want to enjoy a high standard lifestyle.

Why you should Buy Luxury Villas in Punjab
1555
Commercial Real Estate - Top Reasons Why You Should Invest in Property?
1144
Things You Need To Know About Designing a Retaining Wall
1092
3 Facts to Study before Investing In a Real Estate Property in Lahore
991
New Construction Home: A Complete Guide For Home Buyers
975
Let the holy festival of lights usher a new era of happiness - choose VSR Infratech Projects in Gurgaon for a joyous future
888
Godrej Vikhroli: A Brand-New Venture exclusively designed to provide a luxurious and grand living in Mumbai
856
Why Should You Hire A Commercial Real Estate Professional?
742
3 Gadgets a real estate agent should carry
714
Questions to Ask Yourself Before Buying a Home in Las Vegas
678
Things You Must Know Before Renting a Property
634
6 Questions you should ask your Builder before Buying a flat
615