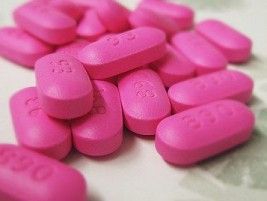 Whether you learned about them through the Bill Cosby trial, The Wolf Of Wall Street Scorsese flick, or on your own, chances are that you have heard of a Quaalude. That being said, while many may have heard the name or are aware of its existence, you may still not be aware of what exactly a Quaalude is or what it does.

For those who have managed to avoid the word, a Quaalude, simply put, is a depressant drug that was first synthesized in the 1950s. The drug became wildly popular as a recreational drug in the 1960s and 1970s and was used as a party drug due to the high that it created. Due to the psychological addictiveness, and illegal and widespread abuse associated with the drug, it was eventually made illegal in 1983.

Quaaludes are a depressant, a class of drug that includes the likes of Xanax, Klonopin, Valium, and more. Depressants are still serious prescription pills that can cause many health problems including addiction and death. Depressants are one of the many drugs that have contributed to the current drug crisis that we are facing in the United States that kills tens of thousands of Americans each year.

Quaaludes are the brand name of methaqualone, a central nervous system depressant that works as sedative and hypnotic. Hypnotics are drugs that are used to help induce sleep.

This was the first use of the drug, a sleep aid. However, users soon learned that the drug can create a high if you resisted the urge to fall asleep. The recreational use of the drug in the United States peaked in the late 1960s and 1970s and was used with alcohol to create the drowsy and sedative high associated with the pill.

Most sedatives, including alcohol, works by binding gamma-aminobutyric acid receptors (GABAA) in the central nervous system. This results by increasing inhibitory signals in the brain and while Quaaludes bind to a different portion of the GABAA receptor, they continue to have similar effects.

As mentioned before, Quaaludes are a sedative and hypnotic drug that has a general effect on the body and mind. While many drugs in the class have different and unique effects, a majority of them still will produce feelings that are a result of sedating the user’s brain. Smaller amounts of these drugs can be used to make a person feel more lively or relaxed. With that said, larger amounts of the drug can be used to create a stimulating effect.

As the doses increase, they become more intense and even more dangerous for the user. It can cause a lack of concentration, lower blood pressure, and slow breathing and heart rate.check that  buy quaaludes online

According to PBS, the drug was commonly used with alcohol to create a “drunken, sleepy high” and according to some reports, it would just take 30 minutes for the effects to begin and they could last for up to six hours. However, overuse of the drug could lead to many problems. Some of the issues associated with overusing Quaaludes include:

Respiratory arrest
Delirium
Kidney or liver damage
Coma
Death
A lethal dose of methaqualone, the active ingredient in Quaaludes, is eight grams, about 30 times what was in a Quaalude tablet. However, when the drug was mixed with alcohol, the lethal dose is much smaller and just two grams of methaqualone can induce a coma.

Moreover, at its peak, the drug was linked to overdoses, suicide attempts, injuries, and car accidents.

A Quaalude is actually the brand name for a drug called methaqualone. It was first created in 1955 in India as an anti-malaria drug. By the 1960s, the drug first came to the United States and was used to treat insomnia and anxiety. However, it didn’t take much time before the drug started to become abused.

“Doctors were essentially giving them out like candy,” Justin Gass, author of Quaaludes, told BBC. “It was very easy to obtain Quaaludes in the mid-late 1970s and early 1980s.”

In his book, Gass discusses the emergence of the drug on the market and what manufacturers were hoping would come from the drug.

“This drug produces the effects similar to those of barbiturates and benzodiazepines in that it slows down the functions of the brain. Once the beneficial effects of methaqualone were established, it was hoped that it would be safer than barbiturates and have less potential for being abused.”

What ended up happening was a different story. Soon the addictive effects of methaqualone eventually began to outweigh the medical benefits that it provided.

The drug was manufactured in the United States under the name Quaalude and had a “714” stamped on the front of the tablet. Quaaludes became increasingly popular in the late 1960s and 1970s at discos. They were even referred to as disco biscuits.

During this time, they essentially became a pop culture phenomenon. The drugs became the subject of songs by a number of famous musicians including David Bowie and Frank Zappa. The drug was used by many other famous people including Rolling Stones guitarist Keith Richards.

Eventually, the drug became incredibly popular in the country. In fact, by 1981, the DEA ranked that Quaaludes were the second most-used drugs in the country behind only marijuana. It was estimated that 80 to 90 percent of the world production of the Quaaludes went into the illegal drug trade.

The DEA estimated that there were 20 million pills on the streets in 1980, and those would double in just a year’s time. Despite this, the problem seemed to subside in only a few years. According to PBS, by 1984, the drugs had all but disappeared in the United States.

This was accomplished by going after the source. Gene Haislip, a top member of the DEA, came up with the solution to target the chemical manufacturers of methaqualone powder in West Germany, Austria, Hungary, and China. He traveled around the world and convinced the government in every country with a factory that made the chemical to shut down its trade.

Moreover, during this time, doctors had started to transition to other alternatives to treat insomnia due to the stigma that Quaaludes carried as a drug of abuse. It wasn’t long before Congress banned domestic production and sales of Quaaludes and President Reagan signed the legislation into law in 1984.

While the legal production of the drug ended in the United States in the 1980s, there are still labs in Mexico and other parts of the world that continue to manufacture the pill. It can also be found in South Africa and India under different names.

(Solved 2021) Fix Malwarebytes not opening on windows 10 easily
27666
How to start a software company - Software Business ideas
2362
How to fix Malwarebytes error 14?
2321
123.hp.com/setup-Printer Software Download-hp123.com/setup
1137
Buy Tadalista 60 Online | GenMedicare Best online Drugstore
1123
5 Myths About BBA Course Which Are Not True
1059
Top 10 Antivirus Software Programs In Windows To Keep Your PC Secure
1010
Antivirus and Anti-malware: Which is the best?
962
What are the Tips For Optimizing Your Webroot VPN Experience?
828
Nuclear Medicine and Radiopharmaceutical Manufacturing Market Size, Share, Growth, Analysis and Forecast to 2030
695
What is AAT and what are the steps to respond to an AAT hearing invitation?
668
Why are retainers more important than braces?
657