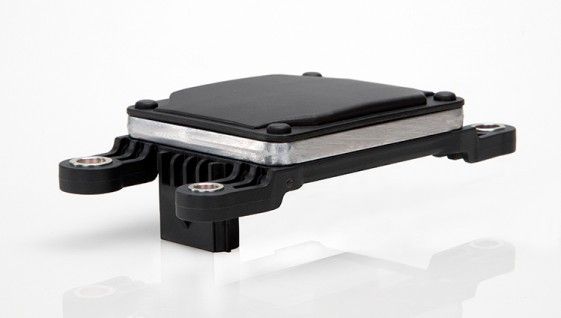 Automotive Radar Market Dynamics, Segments and Supply Demand from 2018 to 2025

The rising number of accidents and growing need for safer mobility are the primary factors driving the market growth. In addition, the growing trend of autonomous vehicles coupled with increasing vehicle electrification is expected to foster the growth prospects for automotive radar.

The global automotive radar market size is expected to reach USD 12.16 billion by 2025, growing at a CAGR of 20.8%, according to a study conducted by Grand View Research, Inc. The growing focus on active safety features, innovations in the radar technology, decreasing prices of components, and increasing sales of vehicles are the propelling factors for market growth. Radars play a vital role in detecting objects in various safety systems including adaptive cruise control, pedestrian detection system, blind spot detection, and automated emergency braking.

In order to achieve complete vehicle autonomy, it is essential for automakers to focus on the enhancement of the radar technology and subsequently on the reduction in the size of radar systems. One of the major hurdles hampering the growth of automotive radars is the lack of uniform frequency allocation across the globe. Moreover, the use of higher frequency band is likely to lead to higher resolution benefits and promote the use of a single technology for all applications, thereby reducing the risk of mutual interference. The European Commission has already initiated the 79 GHz project for vehicular radars, which has been the foundation for the future development of the automotive radar industry.

The market is characterized by the presence of prominent automotive electronics manufacturers including Continental AG, Robert Bosch GmbH, Infineon Technologies AG, and Texas Instruments, among others. Strong R&D capabilities have led to the development of application-oriented radars. Additionally, they have assisted radar manufacturers in complying with different frequency standards present in different countries.

According to the World Health Organization, globally 1.25 million people suffer from death due to road traffic crashes each year. Road accidents are likely to become the seventh leading cause of death by 2030 if appropriate measures to increase vehicle safety are not taken. Thus, the need to protect drivers and passengers from potential accidents would play an important role in determining the marke growth.

Stringent government regulations and favorable initiatives in the field of radar systems have promoted the development of vehicle safety systems and are, thus, expected to drive the widespread adoption of radar-based safety systems over the forecast period. Additionally, the decreasing vehicle electronic prices and advancements in the automotive technology are likely to support the usage of automotive radar. Its implementation enables the accurate detection of objects and ensures better vehicle safety.

According to the World Health Organization (WHO), if the global vehicle safety standards are not strengthened by 2030, road traffic crashes will be the seventh leading cause of death. Approximately 90% of accidents on roads occur in developing countries with low- and middle-income capacities, which also represents 54% of the world's vehicle population. The absence of enhanced radar-based vehicle safety systems in these countries presents automakers with a unique opportunity to grow in the near future. The implementation of radar-based safety systems, including Adaptive Cruise Control (ACC), Autonomous Emergency Braking (AEB), Forward Collision Warning (FCW), Blind Spot Detection (BSD), and intelligent park assist, among others, would not only increase vehicle safety but also assist in achieving a higher level of vehicle automation.

Get Sample Guide of This Report @ https://www.grandviewresearch.com/industry-analysis/automotive-radar-market/request/rs1

Medium & short range radar held the largest market share in 2016 and is expected to be the fastest-growing segment. These radars are prominently used in safety systems to detect objects in the vicinity of a vehicle. The systems include features such as blind spot detection, lane change assist, and park assist. The decreasing radar prices and increasing need to use more than two radars per system for enhanced performance are likely to drive the market over the forecast period.

Since long range radars are prominently used in ACC, the increasing adoption of ACC in mid-priced vehicles is expected to drive growth of the long range radar segment over the forecast period. The segment accounted for a market share of approximately 46% in 2016.

Why cefnogi is best digital marketing agency ?
11547
EGR Valve Marketplace Platforms Market 2028 | GET FLAT 20% OFF ON THIS REPORT
1712
HOW HIRING A SOCIAL MEDIA MARKETING AGENCY CAN BE WISE DECISION FOR YOUR BUSINESS - Vega Technologies LLC
1571
How much does it cost to develop an app like Zomoto for your on-demand food delivery app business?
1504
Preventive Vaccines Market Worth USD 94 billion by 2030 | Roots Analysis
1254
Global Toothpaste Market Dynamics, Challenges and Business Strategies 2025
1103
Wound & Tissue Care Market Size, Share, Growth & Trend Analysis Report By Type (Hydrocolloids, Adhesives, Pressure Relief, Silver Dressings, Other), By End use (Skin Ulcer, Burns, Surgery), By Regions
1060
Prefilled syringes Market Size, Share, Growth, Analysis and Forecast to 2030
1014
Dynamics SharePoint functionalities and Their Partners’ Contribution
976
4 Reasons Why You Should Hire a Marketing Assignment Expert Today
972
How can digital marketing help me grow my business?
935
What Is Digital Marketing?
920