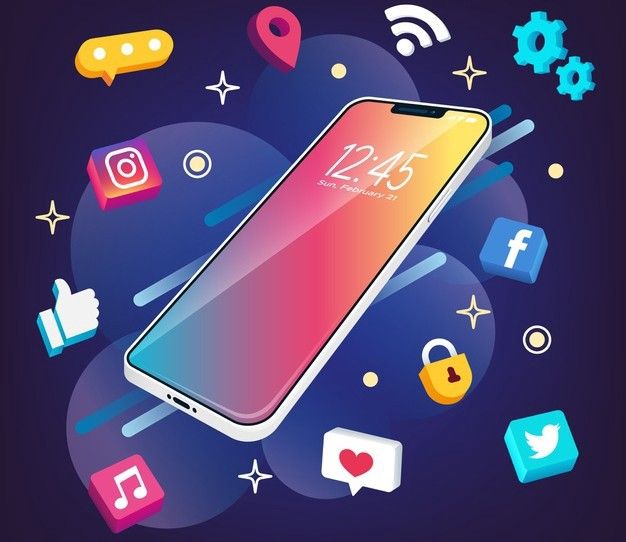 Best mobile apps of 2020 to have in your phone

Best mobile apps for 2020, these are best social networking, lifestyle, productivity, sharing and applications that you should have in your phone

We are living in a place where mobile is center of attraction. From education, corporate, entertainment of general life, mobile phone is an essential part in our life. But, it’s not actually the device that makes things happen, but the apps that are installed in it. In todays world, Andorid and iOS are two most popular mobile operating systems that support millions of applications that you can use for literally doing everything. Here we are reviewing the best mobile apps of 2020 that every person should have in their phone.

Although these two are owned by the same tech giant, Instagram is growing in popularity. Facebook on the other hand is also getting traction because of its new feature “Watch” that rivals YouTube.

Which one of these two social media apps you use frequently? I prefer using Instagram, let us know your favorite in the comments section below.

Our world is becoming a global village because of the ability to connect with people all around the globe via technology. Although social media helps connect businesses/brands and people together. Conducting business is not as easy as it should be.

However, with this amazing social app named Salam Planet you can have everything just a fingertip away. The app is an ocean in itself with literally everything on offer from very basic of connectivity features to the most modern way to connect with people and businesses.

There are tons of application you will find on PlayStore and AppStore under this section. However, following are some of the best Islamic apps that you will ever need to install in your phone.

Islam 360 is an Islamic app that covers everything that is required of a spirituality app. From reading and listening Quran, Hadith, Prayer times alerts, you can get almost everything to practice Islam in daily life.

The app also has great additional features such as islamic wallpapers and much more. However, Mosque locator is a missing functionality that should be included in the app to make it even more productive.

Want to share anything from your phone or want to receive files, folders, videos, images, games and whatever you can think of, SHAREit has you covered. It lets you share everything from one mobile, desktop or laptop seamlessly easy and fast. It also allows sharing between devices having different operating system platforms, i.e. if you want to share files from iPhone to Android you can do it so easily with SHAREit.

Google Assistant is an all in one app that a person needs to make things happen right from the cellphone screen. With just a tap, you can do so much via this app that it literally slays hectic and tiresome daily routines.

Do you have any other productivity app in your phone better than Google Assistant? let us know about it in the comments section.

Importance of Mobile Phones These Days – 3 Best Selling Phones to Buy
5261
WhatsApp to computer and phone
5021
What Are The Best Reasons For Businesses To Invest In Mobile Apps?
3685
Top 5G SmartPhones : are going to launched in 2019
2880
Samsung Galaxy Note2020/Galaxy Note 11 Release Date
1611
How to Install iOS 12.1 to get Group FaceTime Call on your IPhone or IPad
1443
Things to Look out for in a Smartphone Camera
1424
Top Mobile App Development Trends in 2020
1404
Apple Confirms iPhone Xi and iPhone Xi pro Release Date Know Its price and all The Specifications.
1332
In-Depth Guide On Mobile App Development Process 2020
1224
Top Security Issues in Mobile App Development.
1162
Leverage Geofencing in apps for hefty profits – A secret to success!
1154