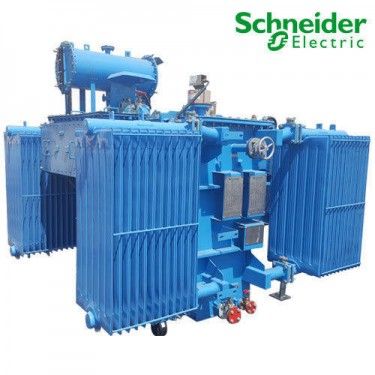 The power transformer is a step-up or set-down transformer that is used for the generation and transmission of power. It is used to connect two power stations and is used to increase or decrease the voltage levels as per the requirements.

Load Fluctuations are significantly less in power transformers as compared to the distribution transformers.

#SchneiderElectricIndia is a brand of transformers that have gained a positive image in the competitive market. They have an excellent team of engineers and skilled technical workers. They are known for their performance as well as longevity. The best part about Schneider is that they do not compromise on the quality and have a diverse range of power and distribution transformers