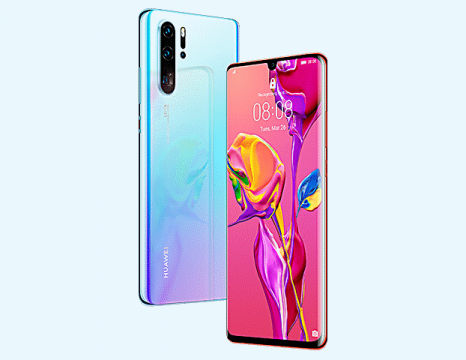 Huawei P30 Pro deals have fallen behind in the brand's range with a new flagship taking its place. And yet, due to lower prices and better software, the Huawei P30 Pro remains the top choice for many.

The Huawei P30 Pro launched back in 2019 and was easily a market-leader at the time. It became the benchmark for camera specs and while its EMUI layout doesn't quite match up to Android or Apple, it is a top achiever in pretty much every other category.

Since that launch date, Huawei P30 Pro deals have seen some major price drops with contracts readily available in the £20/£25 a mark. While this is due partly to its age, it is mostly thanks to the on-going battle Huawei is in with the US government.

Huawei has been rocked by a ban, stopping US companies working with the brand. That means Google and its company Android had to cut ties, making Huawei devices unable to update to new security patches or use Google Apps like Gmail, YouTube and more.

All sounding a bit bleak, right? Luckily, Huawei P30 Pro deals remained exempt from these issues as they were released prior to this legal battle. That means you can keep your security updates and Google apps without fear.

You can find out more about the Huawei P30 Pro below. And while you can upgrade to Huawei P40 Pro deals, be aware that the ban is very much in place there.

This phone has a true infinity screen and not an ounce of space is wasted. The front-facing camera fits neatly into the waterdrop notch, so even when you use the handset in full-screen mode, it is virtually invisible.

The device has an IP68 rating, meaning it has water and dust resistance. The screen is also toughened glass, but as with all mobiles, we recommend that you invest in a case, as you do not want to risk damaging your phone.

Of course, this is the Pro version in the series, so it is bigger than the P30. It is a sizeable 6.47 inches, which will appeal to many users who enjoy larger handsets. It works especially well for those who use their phone to play games and stream movies, because the bigger the screen, the better.

On the back of the handset, the impressive design continues with a neat vertical camera arrangement. The four lenses are stacked neatly on top of the other, rather than in a quad arrangement. The overall look is clean and well thought out, with the flash sitting just to the side.

The Leica quad-camera system on the rear of this device is a real treat, as each lens (20MP ultra-wide + 40MP wide-angle + 8MP 5x telephoto +ToF) combines to create brilliant shots. There’s some great tech included, too, like the Super Sensing 40MP camera and up to 50x zoom. Plus, the SuperZoom lens offers 10x hybrid zoom. In addition, on the front, there’s a brilliant 32MP selfie camera.

A stylish eye-catching design
With double-sided curved glass, the P30 Pro looks stunning and feels comfortable in your hand. With a 6.4” Full HD+ OLED screen, games and movies will look better than ever, so boxsets on the go have never been more immersive.

Huawei has used their favoured hardware combination in the P30 Pro, after proving time and again that it works for their handsets. So, you will find the familiar HiSilicon Kirin 980 chipset, Octa-core CPU and Mali-G76 MP10 GPU combination which works smoothly. In terms of software, you’ll get their usual OS which offers a top user experience. There is 128GB of storage, which can be expanded to 256GB with the MicroSD slot.

Alongside your phone, you get a fast-charging cable which takes the device from 0-70% in just 30 minutes. The handset offers 15W Huawei Wireless Quick Charge and reverse charging, which is a neat feature to have. The battery can easily support all this as it is a huge 4200mAh and will get you through a busy day with no problem at all.