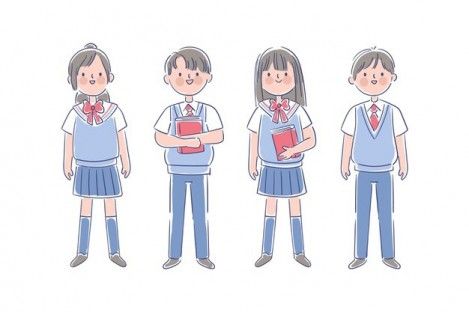 International Schools: How Do These Help Build a Student’s Personality?

In this article, we discuss how international schools help build a student’s personality compared to local schools.

Personality is a word often used to mean individual differences in thinking, feeling, and behaving. For the most part, we believe that personality is something you are born with; you are who you are from birth.

However, recent research shows that the environment forms 50–70% of a person’s personality. Where you were raised, the people who reared you, and the collaborative environment in your childhood all play a big part in forming who you are.

One area that people seldom think can affect an individual’s personality is the school. As the first social structure, a child goes through, school plays a huge role in forming a person’s character, beliefs, emotions, and thoughts.

In this article, we discuss how international schools help build a student’s personality compared to local schools.

During a child’s formative years, they absorb everything they hear and see from their parents, forming their personality. However, as they go out there, they start hearing and seeing a different perspective of everything they know.

“I think one of the biggest takes from the experience was the persistent drilling that we should be critical and conscious and question knowledge,” says an international student.

Travelling to another country and going to school with people from different nationalities, beliefs, and culture makes you question everything you know. Over the years in that school, you develop an independent mind that cannot be influenced by your parents or anybody else.

Empathy is a character trait that forms a massive part of who you are as a person. Do you put yourself in other people’s circumstances and understand them, or are you still locked up in your world? When you spend every day with different people, you learn to look at things from their eyes, feel their pain, and stop judging. For example, the Tokyo International School teaches students to be empathetic and accommodating to everyone since they offer International Baccalaureate to students worldwide.

Just like personality, people think you are either born courageous or not. However, courage comes from facing scary things and being forced to overcome them. One such frightening instance is being thrown into a foreign country without your parents. As a survival tactic, students learn to cope and overcome the fear of being alone with different people. They also learn how to build new friendships and put themselves out there in a country they know little or nothing about. Courage becomes who you are, and that helps you face any situation in life, no matter how hard it is.

A big part of international education is exposing students to different activities besides books. It exposes them to find their talents and interests. For example, students in some third world nations may not know their interest in technology until they are exposed to high-class tech labs in countries like Japan and China. Other students learn business ideas from socializing with people in other countries while others find their calling in being thrown in an otherwise scary world.

Travelling the world and staying with different people have a way of opening your mind up to endless possibilities. Your horizons broaden, and you start taking off limitations you had put on yourself. You also learn to do things differently from the way you were taught as a child. Did you want to finish school and work for a particular company in your country? International exposure teaches you to work in any part of the world. Did you think the national grid is the only way to have power? Going to school with people from Germany and other sustainable countries opens your mind to alternative power sources, you wouldn’t have thought of at home.

There is one thing students have when schooling at home- parental cover. If they get sick or bored, they can run home. If they run out of money, mom and dad can send something quickly. This kind of parental support is not available when you are in a foreign country. You learn to make and stick to a budget and persevere through the hard times. International education makes you tough, self-sufficient, and independent. You also become confident in who you are because all you’ve got is you.

Feelings, thoughts, and behavior are what forms an individual’s personality. All three of them can change throughout your time in an international school. Your beliefs will be challenged, your feelings will change, and your behavior will align with the new character forming inside you. By the end of the few years, you will be in that school; your personality will be more than 70% of what you learn there and only 20% what you were taught as a child.

Homework help USA: A-level, punctual, and affordable service
14285
Need help with your essay writing?
5838
How Following the Syllabus can Help Achieve 100 Marks in all Subjects in School & Board Exams?
3057
Bookmark these 12 Websites and Online Tools to Achieve Academic Success
1135
How Fruitful are The Integrated Learning System for Schools
1008
Reach us for any online assignment help in the UK
888
How are Online Courses Helpful for Indian Students?
820
Buy A Microphone for PTE Online Preparation. It Helps
808
Simplify you online preparation with These methods
803
How Power BI Training Can Help You Grow Your Career?
777
Preschools In Dubai | Maple Bear Gulf Schools
729
Can Online Writers Help With All Kind Of Writing?
716