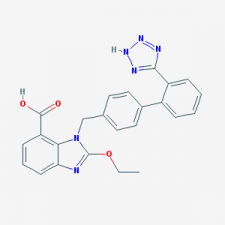 For multinational chemical companies operating in China, the rules of the game are changing. Success requires significant changes in past practices and new strategies to ensure immediate and long-term success.

For multinational chemical companies operating in China, the rules of the game are changing. Success requires significant changes in past practices and new strategies to ensure immediate and long-term success.

Headquarters' optimistic expectations of growth, profitability and competition in China conflict with the reality: for multinational companies working in China, new forces are reshaping the chemical industry.

China's 12th Five Year Plan (approved on March 14, 2011 and effective in 2015) will further challenge the once established growth and profitability of multinational companies, as policy makers label the industry and create an unfair competition environment conducive to state-owned enterprises. The latest plan aims to improve China's self-sufficiency in chemicals, create national champions, gain more access to Western technologies and processes, secure international access to raw materials, and provide state-owned enterprises with access to key raw materials and energy (see sidebar: China's deteriorating access to labor and raw materials). At the same time, the plan aims to boost domestic consumption by expanding infrastructure construction and creating housing for about 300 million migrants to cities, while coping with severe environmental degradation and avoiding social unrest.

Based on our research, our experience in China and interviews with 25 presidents, vice presidents, managing directors and directors of multinational chemical companies in China, this report provides us with a window to understand one of the most important industries in China.

Chemicals are the foundation of almost any economy. For example, at the end of the 19th century and the beginning of the 20th century, Germany developed its chemical industry, surpassing the British economy in which the industrial revolution took root for the first time. In today's China, the chemical and petrochemical industries are crucial to many fast-growing industrial sectors, including consumer goods, automobiles and construction. Therefore, the chemical industry has a high priority within the Chinese government.

The rapid development of China's chemical industry in the past 30 years is consistent with the overall growth of the country and the fundamentals of key customer industries. China will soon account for one third of global demand for chemicals. The prospect of foreign chemical companies in China remains optimistic, because despite the government's goal of self-sufficiency, China continues to rely on foreign producers to produce many chemicals, especially advanced specialty chemicals.

With the growth of the Chinese market, more and more top multinational companies are increasing their exposure to the Chinese market and investing in local production facilities. Some smaller companies have invested so much in China that the Chinese market is now one of their core businesses, if not their core business. With the increase of investment from foreign multinational companies, chemical state-owned enterprises are also on the rise - these leading state-owned enterprises have increased their investment budgets, which have grown dramatically since 2008. From 2005 to 2010, China's chemical product revenue increased by 24% annually.

By 2014, China's share of the global chemical market is expected to rise to 29%. The strong growth of the chemical industry is largely due to the growth of the customer industry. Between 2008 and 2012, China's auto industry grew by an average of 24% a year, although growth in 2011 was almost flat. From 2008 to 2015, consumer electronics will grow at an annual rate of 23%, and the construction industry will grow at an annual rate of 24%. Chinese consumers are driving demand in the automotive and construction industries. Despite the recent slowdown in economic growth, the medium and long-term growth is expected to be stable.

The key problem facing multinational chemical companies is that their fate depends on the policies of the Chinese government at the national, provincial and local levels. In China, the influence of the government is complex and often opaque. It starts with a five-year plan that includes industrial policy objectives, safety and environmental regulations, raw material acquisition, pricing, licensing and licensing. It is also difficult to assess the attitudes, beliefs and pressures of the extra level of government. Multinational chemical companies will benefit from more efforts to understand and communicate with all stakeholders, consider how government actions may develop, and prepare corresponding scenarios.