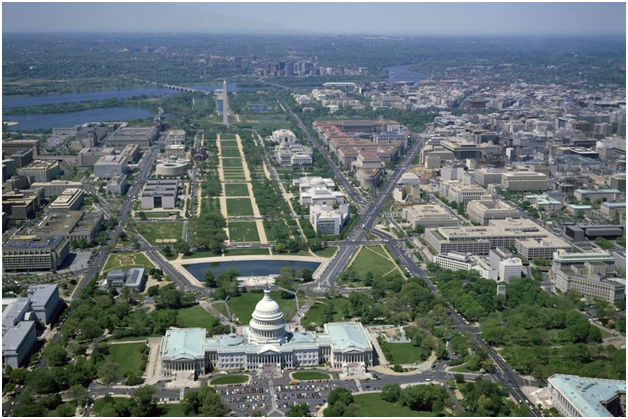 According to Forbes magazine, Loudon county is the richest county in the United States. Not only does this mean that there are booming businesses in the area, but it also means that students that are just now joining the workforce in and around Washington D.C. will directly benefit from the economic growth of the area. New commerce centers such as One Loudon and Leesburg are both extremely accessible from campus. A Metro system, spanning from Washington D.C. to Ashburn will facilitate student’s journey into the most powerful city in the World. That will make an already accessible benefit even more accessible and make the job opportunities there even easier to reach. According to the United States Census Bureau, Purcellville Virginia has a population of roughly 5,000 people. In other words:It’s really small. The police station and the fire department are less than a five-minute drive away. Between these two factors, it’s an extraordinarily safe town. Another report notes that the crime rates are 51% lower than those in Virginia as a whole and, further, that the crime rate is 73% lower than the national average.

Students at Patrick Henry College are only a 50-minute drive from the most powerful city in the world. Not only is it a great source of connections and people, it provides quite a few opportunities to students who need jobs or are looking for internships. A number of students from Patrick Henry College have interned at the White House and many more at similarly prominent institutions.

The phrase “Virginia is for Lovers” actually used to be “Virginia is for history lovers,” as a nod to the state’s extensive role in the history in the United States. For the students at Patrick Henry College, there are so many different ways they can explore and participate in activities which would enhance and enrich their college experience as a direct result of the college’s physical location. From visiting the Lincoln Memorial to walking down the battlefields of Manassas, it’s not hard to better appreciate the spirit of the American founding.

But it’s not just a job-bank either. It’s a great city to explore and one that’s always got something going on.

The city is always in the background, but—thankfully—also quite removed from Patrick Henry College itself. While Purcellville is close enough to offer the students at Patrick Henry College access to the Hill, it isn’t enveloped by the fast-paced, congested life that so often comes with cities.

Kauf von Büchern und Fachbuchhandlungen
1888
Luxury Book Boxes is best idea to impress receiver
1143
Buy Sildalist | Sildalist 120 mg | Cartmeds
1097
The Town of Purcellville Virginia: Home of Patrick Henry College
1076
Patrick Henry College–Local things to do
969
4 reasons for you to hire a ghostwriter
936
What is ghostwriting and what services does a ghostwriter provides?
935
Unique Backpacks For Boys
911
Effective Ways to Be A Content Marketing God
850
Excel In SAT Test with These Tips
825
website creation
713
JetBlue Airlines Reservations Flights Booking
712