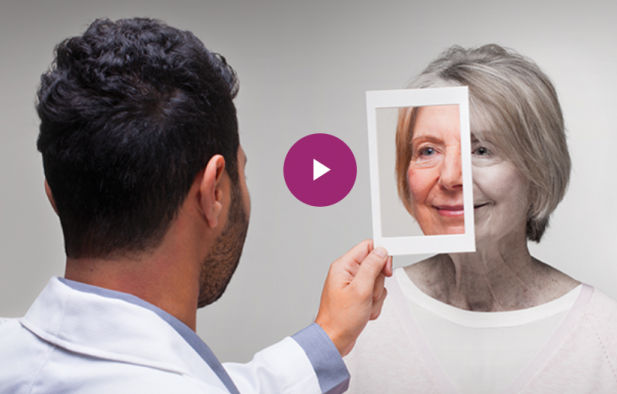 COPD disease is an umbrella term for a range of progressive lung diseases. Chronic bronchitis and emphysema both can result in COPD.

COPD disease is an umbrella term for a range of progressive lung diseases. Chronic bronchitis and emphysema both can result in COPD. A COPD diagnosis means you may have one of these lung-damaging diseases or symptoms of both. COPD can progress gradually, making it increasingly difficult to breathe over time.

Chronic bronchitis irritates your bronchial tubes, which carry air to and from your lungs. In response, the tubes swell and mucus (phlegm or “snot”) builds up along the lining. The buildup narrows the tube’s opening, making it hard to get air in and out of the lungs. Small, hair-like structures on the inside of the bronchial tubes (called cilia) normally move mucus out of the airways. But the irritation from chronic bronchitis and/or smoking damages them. The damaged cilia can’t help clear mucus.

Emphysema is the breakdown of the walls of the tiny air sacs (alveoli) at the end of the bronchial tubes, in the “bottom” of the lung. The lung is like an upside down tree. The trunk is the windpipe or “trachea,” the branches are the “bronchi,” and the leaves are the air sacs or “alveoli .” The air sacs play a crucial role in transferring oxygen into your blood and carbon dioxide out. The damage caused by emphysema destroys the walls of the air sacs, making it hard to get a full breath.

How common is COPD?

COPD affects nearly 16 million Americans, or about 6% of the U.S. population.

Who gets COPD disease?

The primary cause of COPD is smoking. But not all smokers develop the disease. You may be at higher risk if you:

Smoking tobacco causes up to 90% of COPD cases. Other causes include:

Tobacco smoke irritates airways, triggering inflammation (irritation and swelling) that narrows the airways. Smoke also damages cilia so they can’t do their job of removing mucus and trapped particles from the airways.

AAT (alpha-1 antitrypsin deficiency) is an uncommon, inherited disorder that can lead to emphysema. Alpha-1 antitrypsin is an enzyme that helps protect lungs from the damaging effects of inflammation. When you have AAT, you don’t produce enough of the enzyme, called alpha-1 antitrypsin. Your lungs are more likely to become damaged from exposure to irritating substances like smoke and dust.

What are signs of chronic obstructive pulmonary disease (COPD)?

If I am having chronic obstructive pulmonary disease symptoms, how do I determine when I need to call my doctor?

If you are having any of the symptoms described below, don't wait for your next appointment to call your doctor. Report these symptoms promptly, even if you don't feel sick. DO NOT wait for symptoms to become so severe that you need to seek emergency care. If your symptoms are discovered early, your doctor might change your treatment or medications to relieve your symptoms. (Never change or stop taking your medications without first talking to your doctor).

Talk to your doctor on the phone within 24 hours if you have these changes in your health.

Loneliness is not a disease: Everyone can overcome it
736
The Warning Signs of Gum Disease
550
Chronic Obstructive Pulmonary Disease (COPD) Treatment Market-Dual and Triple Therapies Minimize Moderate and Severe Exacerbations
524
Rise in Prevalence of Cancer, Genetic Diseases, and Infectious Diseases to Propel Global Viral Vector & Plasmid DNA Manufacturing Market
508
What are the diseases treated by neurologist in India?
448
Chronic Wound Care Market| Share, Industry Supply, Regional Demand and Forecast 2026
413
All You Need To Know About Chronic Kidney Diseases, Their Symptoms, And Causes
401
4 Vitamins That Will Boost Your Immunity Against Diseases
397
Lyme Disease: Causes, Symptoms and Treatment
381
Chronic Wound Care Market 2020 Global Growth| Size, Share, Demand, Trends and Forecast 2026
376
A Complete Guide to the Effectiveness of Ayurvedic Treatment for Parkinson Disease
373
Does Cardiac MRI Test Help In Identifying Heart Diseases?
358