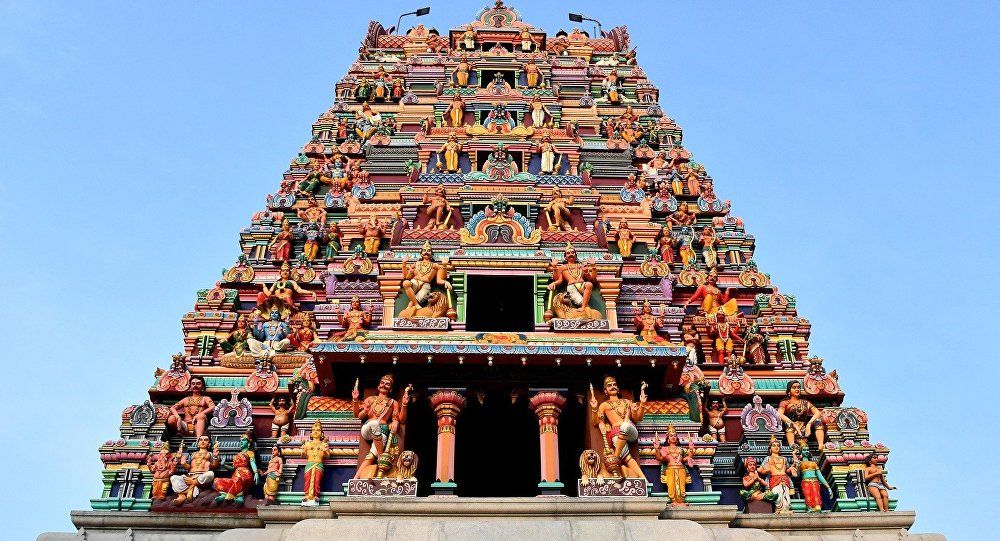 5 Captivating Pilgrimage in Temples of India

India is considered as second populous country of Asia. Undoubtedly India is a theistic country. Many Indian believe in God, they are theistic.

Various religions can be found in this country, like - Hinduism, Islam, Christianity, Sikhism, Jainism, Buddhism, etc. So different religions believe in different God. Though you may see polytheistic persons here. Worshipping God is a process of giving respect to God. So the place, where people worships God is known as Temple.

There are assorted temples in each states of India. People of different religions honour their respective gods, so there are difference of temples. Tamilnadu has much number of temples among all states of India. There are many famous temples, based on different region, languages, etc. Such glorious temples of India are - Meenakshi Amman Temple, Virupaksha Temple, Puri Jagannath Temple, Golden Temple, Kashi Vishwanath, etc. Locations and famous festivals of the following temples are given below.

Meenakshi Amman Temple is one of the most famous Hindu temple situated in the state of Tamil Nadu. Another name of this temple is Meenakshi Sundareshwara Temple. Architecture of this temple is really admirable. This temple was built in honour of two God - Meenakshi and Sundareshwara. This two gods referred as Lord Parvati and Lord Shiv. Earlier the temple was made in the 7 the centuries, after days this was again reconstruct in 17th centuries. People mostly visit in April and May month. As the biggest festival is celebrated in the following months. Some well known festivals of this temple are – Avanimoola festival, Chitra festival, floating festival, etc.

Virupaksha Temple is another great invention by Hindu. This temple was also built in the time of 7th century. This is situated in Hampi of Karnataka. Excellent carving and craft are point of attraction of this temple. The temple is famous for worshipping of Lord Shiv. Tungabhadra River is located beside this temple. People mostly gather in the months of December, January and February. Chariot festival is well known in this temple. This festival is done in February.

One of the famous pilgrimage of Hindu religion is Puri Jagannath Temple. This is situated in Puri. The temple was invented for worshipping Lord Jagannath, Lord Balabhadra and Lord Subhadra. The temple was mainly built by granite and God was made by wood. The excellent wood carving, working of this temple awe the people. People mostly come here in the time of car festival.

Another attraction of point among Indian temple is Golden Temple. The glorious infrastructure of this temple attract folk throughout the world. Another name of Golden Temple is Sri Harmandir Sahib. This is one of the best gurdwara of Sikh religion. This famous temples is situated in Amritsar. The well known festivals of this temple are - Guru Nanak Jayanti and Basanti.

Here are some list of famous, wonderful indian temples by different religions. Different religion worship different deities. But these are undoubtedly excellent destination in your vacation. Well, known festivals of this temple are also mentioned here, so that you can make plan accordingly. So do not late to visit these amazing temple to make your vacation more beautiful. Best destination for theistic.

7 Best Winter Festivals in India that You Must Attend
1170
Which Places In India Are Famous For Ayurveda & Spa?
1089
Jaisalmer Desert Camping with Camel Safari, Jaisalmer, Rajasthan, India
1056
Best Luxurious Hotels and villas in India
1055
Indian Railway Schedule Helps To Stay Away From Waiting List Ticket
984
Jaipur, the beautiful pink city of India
926
Trekking & Snorkeling in Andaman 2019: The best of Havelock Island!, Havelock, Andaman And Nicobar Islands, India
882
Luxury Resorts In Morjim - Goa is a beautiful kingdom in India
845
Travel to the Exotic Sea Beaches of India with the Customised Holiday Packages
787
Giant Swing in Rishikesh 2019: Go wild this time around!, Rishikesh, Uttarakhand, India
785
Top 5 Cleanest Railway Stations In India
776
Know the Indian Visa Types and Requirements
765