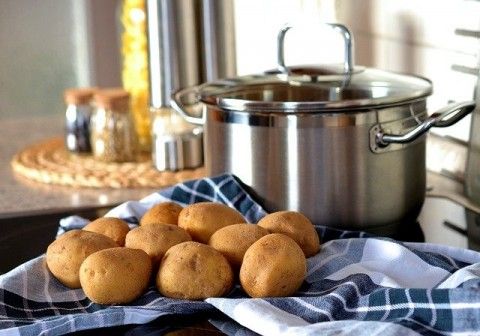 Foods That You Can Eat During Fast

India is a country of festivals where people fast during festivals like Shivratri, Navratri, Ekadashi, etc. Still, during these festival, people eat different types of fasting food like sabudana, makhana, sweet potato, etc.

India is a country of festivals where people fast during festivals like Shivratri, Navratri, Ekadashi, etc. Still, during these festival, people eat different types of fasting food like sabudana, makhana, sweet potato, etc.

Foods That We Can Eat During Fast

It is said that you can eat potatoes during fast like Navratri, Ekadashi, etc. We can eat a boiled potato with rock salt. Nowadays, people also eat potato chips specially made for fast. These chips are made using less oil and salt and these chips are available in every grocery store.

Kuttu is a special flour used in fasts like Shivratri, Navratri, Ekadashi, etc. kuttu is also known as Buckwheat. You can have Kuttu ki Puri made with plain kuttu flour and mashed potato during the fast. Kuttu flour is easily available in the grocery store or online stores. One can also order Kuttu ki Puri or vrat ki thali from online food delivery apps like Swiggy and Zomato. You can also get discounts on apply Swiggy Coupons and Zomato Promo Code. You don't have to worry about food hygiene because these are the best online food delivery site, trusted by millions of people.

People eat Samak Chawal during fast because it tastes like rice or almost brown rice. Samak chawal contains many vitamins, minerals, and fibers. There is a very simple process to make Samak Chawal, just put the rice into the water for some time and then deep fry it with ghee and nuts and Viola! Your Samak Chawal will be ready. If needed, you can add Sendha namak to it. Samak rice is easily available in grocery stores or online stores. And one the most important tip- do not boil Samak chawal in a pressure cooker. It is said that it loses all its benefits after boiling.

People eat Singhada ka halwa during the fast as it is very easy and quick to make. You can make it with plain water and Singhada flour. You can also add some dry fruits to it to make it more delicious. There are many other types of flour that you can use during fast. People usually eat this halwa in fasts like Navratri and Shivratri.  It is said that during the fast, you can have special flour, ghee, dry fruit, but you cannot mix salt and spice with those things. Most people make this halwa in iron utensils and chulah. That makes it more delicious.

People eat Lauki ki sabzi during Chhath Puja, the main festival in east Uttar Pradesh and Bihar. People from UP and Bihar make Lauki ki Sabzi in mud utensils and chulah as they have to fast for two days; people eat it as Prasad in Chhath Puja. As Chhath Puja is a very pure and devotional festival, people do not want anything wrong; that is why they use chullah for making food.

10 Stalls Around India You Should Eat Golgappas In Your Life
1499
7 Fascinating Fact About Cake That You Must Read Before Reaching Your Cake
1483
Fantastic and Creative birthday cake ideas for your daughter
1395
Top 10 american traditional food dishes
1279
The Colourful and Extraordinary Candy Boxes for You
1035
Top 10 Chinese Foods Demanded in World
1026
The Most Creative Cake and Bakery Boxes’ Designing
997
Different Styles of Cupcakes Boxes you can get for Packing
987
WHAT SNACKS CAN DOGS EAT?
922
How to Treat Diabetes by means of Juicing
919
7 Special Drinks to Enjoy During Winters
918
Fastest Midnight Cake Delivery In Faridabad | FaridabadCake
892