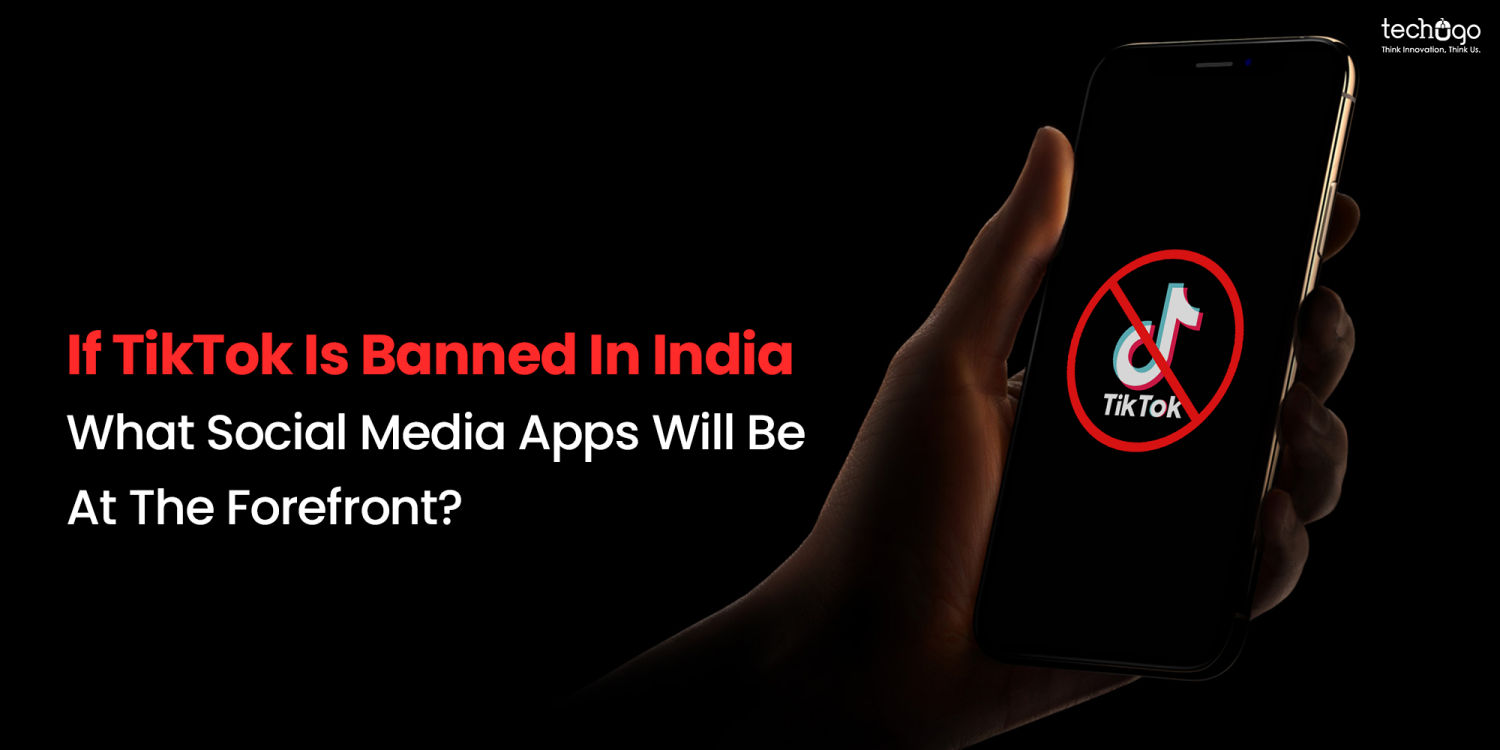 If TikTok Is Banned In India What Social Media Apps Will Be At The Forefront?

Recently the Indian government has taken a decision to ban 59 Chinese mobile apps, including TikTok. This news has disheartened many out there and has even left a void that cannot be filled.

Recently the Indian government has taken a decision to ban 59 Chinese mobile apps, including TikTok. This news has disheartened many out there and has even left a void that cannot be filled.

Is this what do you think?

C’mon, you need to re-visit your thought process!

Do you wonder why?

Well, well, well, because some of the most engaging and awe-inspiring TikTok alternatives are there in the market, and will make you stay glued to their portals. And some of them are Indian made, that spikes the curiosity further…

Amid pandemic crisis, PM Modi’s call for ‘Vocal for Local’ has created a stir in the market, and some of the Indian video-sharing social networking platforms are here finally to rock your world.

Also, there are some more sizzling app solutions as well, which are on a fast track to snag the audience left behind by TikTok.

Are you curious to know the details?

Let’s take a look at the blog post further to unleash the mesmerizing beauty of social media apps, which are ready to replace TikTok.

We have compiled a list of social media apps, that would capture your attention and will leave you gasping.

So let’s start the journey…

Just like TikTok, Like has a feature to provide a huge collection of dialogue materials. Users also get the option to crop/trim and merge several videos into one. also, users can share their favorite videos on other social media platforms such as Twitter, Facebook, and more.

Chingari – The Indian Made App

It is an Indian made app by an Indian company. It has got no funding from China. Further, it has crossed over 1 crore downloads in less than 22 days. With Chingari users earn points from the view of their videos, and later they can redeem it for money.

With this app, users get the option to make collages and montages, add photos and videos, join video clips, and add music. It has got a built-in video editor, letting users crop, trim, cut, duplicate, zoom in-out and try other features. It also provides an option for users to add GIFs, emojis, stickers, and animated filters. Also, it enables users to share their videos on other social media platforms.

This is another Indian alternative for TikTok, where users can make short funny videos, and show their talent by singing, dancing, comedy, cooking, art, beauty, etc. in 15 seconds. Further, a real-time camera lets users smooth their skins and put some stickers to make engaging videos. Also, users can earn money by making videos as well.

As a user, you can record a video and the auto-editing algorithm does the rest of the job for you. Surprisingly, Hollywood celebrities Selena Gomez and Kevin Hart utilize this app to edit their social media videos. It is all due to the number of features this app has got to offer, ad top of all it provides easy navigation. App offers 50 types of different filters, video drawings, and trimming/cutting the videos. Users can also collaborate with their loved ones to make great videos.

It is another Indian made short video Platform Social Application. It is supported by all platforms like Android Mobile, ios version for iPhone PC Apk, and uses for Android, iPhone & Jio Phones. It lets users make a 15-second video, and today this app has more than 5 million downloads.

The reason this app is here in this list is all due to the fact that this app is not just another TikTok alternative, but it also provides a wider range of editing tools for users, letting them trim, merge, cut, and duplicate video clips effortlessly. Users get the option to make music videos, dance videos, lip sync videos, and give a personalized touch to their talent videos.

It is one of the oldest music video apps and is a great alternative to TikTok. It has more than 100 million downloads and lets users add stickers and text overlays to videos. Also, users can watch the videos in Snapchat style, where the news feed is divided into two sections. Further, users can share videos with other social media networks and save videos to the camera roll.

Ever thought of earning rewards and win recognition among millions of fans? Yes, this is possible with KWAI, where users can edit videos in various text fonts, animated filters, dynamic stickers, and 4D motion effects. Also, the app lets users relish basic video editing features, such as: trimming, cutting, cropping, merging, stitching, and more. Users not just get the option to lip-sync to their favorite movie line, music videos, songs, and dramas, but also they get the option to watch trending videos on their personalized news feed like hot trending videos, comedy & prank videos, lip-sync & dubs, fashion & beauty, singing, dancing, magic and more.

This app focusses more on music, letting users enjoy making their own music, It allows users to make their kind of music and sing duets with their favorite singers. Also, users can even sing live for friends and fans.

As stated by analysts around a third of TikTok’s global users are based in India. And its ban has certainly raised eyebrows, but the decision was due to certain reasons.

An official statement released by India’s Ministry of Electronics and Information Technology, the Chinese apps were “stealing and surreptitiously transmitting users’ data in an unauthorized manner to servers which have locations outside India. Further, the compilation of these data, its mining and profiling by elements hostile to national security and defense of India, which ultimately impinges upon the sovereignty and integrity of India, is a matter of very deep and immediate concern which requires emergency measures.”

Henceforth, it is a great decision to ban TikTok, and Indian users have an abundance of social media apps, which have the caliber to replace it.

New Materials will be the Focus in the Post-Moore Era
16091
How to Cancel the Automatic Renewal of the Avast Subscription
9066
How does a Portable Power Station Work?
5134
User Retention For Mobile Apps: A Strategic Approach To Win User Loyalty
2028
Guide to Login AT&T Email Account
1882
What is on the My Account Page?
1526
Understanding the benefits of obtaining the CompTIA certification
1351
What is a step of Roadrunner Email Settings For iPhone?
1333
The Complete Guide To Accelerated Mobile Pages
1295
The Top Features And Challenges Of Health Development
1259
Technological Innovations That Moving Companies Use For Their Service
1233
When is the Right Time to Implement Robotic Process Automation?
1140