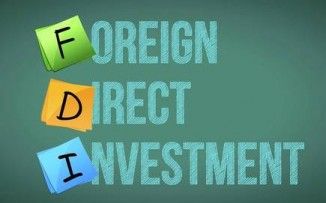 What is FDI in India?

FDI is a self-explaining concept. FDI is the one in which investors in a company based in the country from another country (foreign country) invest. Now an individual, business, etc. can be such an investor.

Foreign direct investment (FDI) is termed when a corporation takes over ownership in a business or enterprise situated in another country. It involves international companies directly in everyday operations in other countries. This means that they carry not only capital but experience, skills, and technology also. FDI typically happens when an investor creates or acquires international business practices, including ownership or the management of foreign company interests. FDI in India rose 13% from $44.36 billion a year earlier to a record of $49.97 billion in FY20. In the quarter which ended March 20, FDI influxes amounted to $13.2 billion.

FDI is a self-explaining concept. FDI is the one in which investors in a company based in the country from another country (foreign country) invest. Now an individual, business, etc. can be such an investor.

In general, the buyer acquires the company's properties or develops commercial operations for ownership of the company in a foreign country. It is very different from the acquisition of international company equities, i.e. the investment in portfolios.

There are three primary styles –

The setting up of the same company in a foreign country will be a horizontal venture.

And a vertical investment is when an existing company in a foreign country is slightly differentiated. So that is where the investment is made even though the organization is not associated with its current sector is termed as Conglomerate.

For a developing country like India, FDI is an important tool for economic development. The liberalization process is thus pursued to increase the flow of foreign investment. But economic liberalization is always controlled.

For the economic development of India, FDI is an important monetary source. Economic liberalization began in India following the 1991 crisis, and FDI has been growing steadily in India since then. India is now a member of the top 100 clubs on Ease of Doing Business (EoDB) and ranks worldwide number 1 in the FDI greenfield.

Routes via which India gets FDI

India gets FDI by two routes -

Private foreign investors are not required to accept or sanction letters for this category. Without government approval, he can invest in any business he likes.

Sectors falling under the category of up to 100% 'Automatic route'

There is no investment on this route without the government of India's prior approval. The consent of the government is mandatory. The company must apply for a single-window clearance via the Foreign Investment Facilitation Portal. The proposal will then be transferred to the relevant ministry, which, in consultation with the Ministry of Commerce, the DPIIT, will accept and deny the application. For applications to be handled in compliance with the new FDI Regulation, DPIIT must issue the Standard Operational Procedure (SOP).

Sectors covered by the term 'up to 100% of government route'

Several sectors are explicitly banned from FDI in every way. Those are sectors -

In certain sensitive industries like defense, insurance, media, etc, there have always been opposite views on FDI. This is because our democracy is fundamental and because our nation is stable. Therefore, FDI caps exist for each of these industries. In defence, for instance, only 49 percent of FDI is authorized.

HSN Code for Printing and Advertising: Here’s all you need to know about the industry in India
1090
Procedure for Online Registration of a Company in India
1011
Why You Should Bet On This Year Indian Premier League
951
Importance of Oil and Petroleum Refineries in India
912
Types Of SEO Services That A SEO Company India Can Offer You
867
How to acquire an FFMC License in India
755
Can Foreign Applicants Also Apply For the Registration of Their Trademarks in India?
706
Access a Relevant Client Base via Outbound Call Center Services in India
637
How to Choose Company Name in India
630
latest indian jewellery
597
India Affordable Housing Market to Grow at an Impressive Rate until 2025
583
India Rental Housing Market to Grow at an Impressive Rate until 2025
565