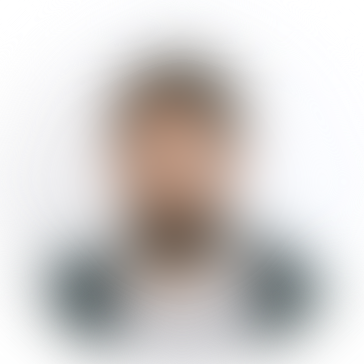 Review on Code Geass; Lelouch of the Rebellion In this article, I am curious to share my review on one of the Code Geass sequels “Lelouch of the Rebellion”. Code Geass is a notable anime franchise. This anime grossed well at the Japanese box office. Its first, third, and fifth episodes grossed nearly 252,069,557 yen ($2.4 million) in the Japanese box office. This animation is produced by the famous production company Sunrise. Code Geass, an summer anime television series, was directed by Japanese director Gorō Taniguchi who is also an anime writer, producer, and storyboard artist. The storyline of this series is written by Ichirō Ōkouchi. One of the basic factors in making a series amazing is its characters. The designing of Code Geass characters is done by Clamp which is a group of female manga artists well known for their work. Premise The storyline of this movie is centered around a main fictional character Lelouch vi Britannia who has a supernatural ability which he got from a strange lady C.C. She saved Lelouch from the royal guards of Britanian. Lelouch vi Britannia is the son of Charles zi Britannia. Charles is The Emperor of Britannia. His sister Nunnally vi Britannia was traumatized as she was an eyewitness of her mother’s murder in the palace. Her mother’s death impacted her so much that she lost her sight and walking ability. Lelouch comes to know that his father doesn’t take action against the murderers. Charles decides to send Lelouch and Nunnally to Japan as his political tool. Lelouch wants to find the murderer of his mother. In Japan, he meets with Japanese friend Suzaku Kururugi. On the other hand, The Holly Britannia attacks Japan and causes great destruction. Lelouch doesn’t like this immoral action of Britannia. His friend Suzaku assists him to take revenge on Britannia. He promises her that he will destroy the Holy Britannian Empire. https://www.alysworlds.net/top-10-summer-anime/ As Japan is against Britannia, so its army is in search of all those Britannia citizens who are living in Japan. Lelouch also hid from the army raids. One day accidentally he gets entry into the army truck where he confronts a witch named C.C. She has a capsule with supernatural power which is “ Power of King” or “Power of Geass”. She gives these powers to Lelouch. Power of Kings enables Lelouch to take control of the emotions and powers of any person just through eye contact. Having this ability, he yearns for taking revenge on his mother and destroying the Britannia Empire. To provide a comfortable environment for Nunnally, Lelouch wants to develop another elegant empire. In this struggle and with his powers, he becomes a supreme leader of a resistive movement The Black Knights. He is becoming popular in Japan because of his aim to destroy Britannia. This sequel ends with the conflict where Lelouch comes to know that his sister is kidnapped. He leaves his army helpless and takes them away ahead to an unknown Island. Conclusion Lelouch of the rebellion has many action scenes and is full of edgy captures. This season-ending creates suspense in viewers. It is taken as incomplete to develop curiosity in its viewers for the next sequels of Code Geass. If you want to vanish all your curiosity about Code Geass, you should watch this series. Thanks!