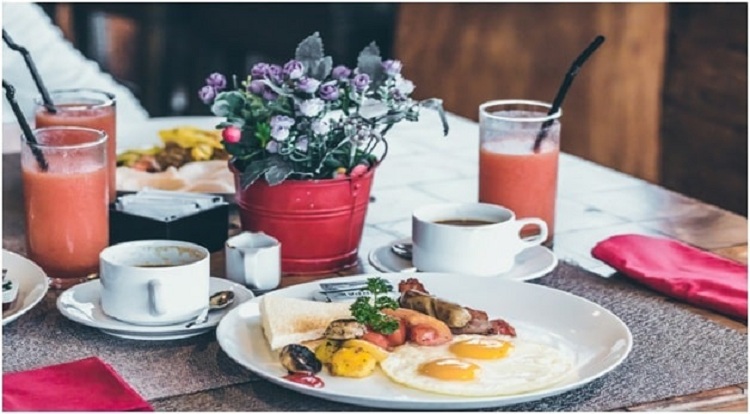 Top 10 American Food Dishes, You must try if you are traveller in America. Food is always considered as a prime necessity, and when it is mouthwatering and mouth-melting, then we all just fall in love with that perfectly cooked meal. As world is bound with many traditions and customs, which are significantly showed in specific cuisine.

Top 10 American Food Dishes, You must try if you are traveller in America

Food is always considered as a prime necessity, and when it is mouthwatering and mouth-melting, then we all just fall in love with that perfectly cooked meal. As world is bound with many traditions and customs, which are significantly showed in specific cuisine.

Today in this content well will describe about traditional and old American Dishes and Cuisine that once in life every foodie should try. What do you think, Burgers, Fried Chicken, Hot Dogs, and Pancakes are America's traditional foods, well yes entirely, but more are there, so let us find out.

Other classic cuisine nations also influence American's Traditional dishes like German, French, Dutch, British, Indian, Caribbean. To give you detailed knowledge about Bets Traditional USA Dishes we have listed few which are popular and mouth-melting foods.

Hot Dogs are classic and complementing American food, which is commonly popular not only in America but worldwide. Apart from fine dining menu meals, Hot Dogs are American first choice in street food stalls to hook up when hungry and hurry. The official credit for the creation of Hot Dogs goes with a tale of German immigrant Nathan Handwerker who used to work at lower level in German Charles Feltman's Coney Island. The serving of bread into new style at cheaper rate invented Hot Dogs in America and became the favorite food among most of the people that time when buns and bread loaves were relished with new variation and taste.

American Apple Pie is world famous and why not it is incredibly delicious dish and is popular. This is one of the epic and oldest American sweet dish which is influenced by two other country’s cuisines. Apple pie earlier was famous in Dutch and British meals, but later was transformed into USA’s best traditional dish and in here till now it is served with scoops of Ice Cream and honey/sugar powder dressing.

Barbecuing is one of the oldest and classic methods of cooking since ages, which partially give food the favorite smoky taste and flavor. In fact, this cooking style is even popular as people love to spend weekend activity to relax and guzzle more tasty American dish. Many people love to BBQ during weekends, in a small family gathering and picnic spots. The history of BBQ is primarily connected with Texas, which is also known as “Barbecue Belt.” The juicy and wet BBQ Ribs are always a prior meal that is liked by most of the Americans and now worldwide famous. BBQ ribs are perfect American cuisine as is rich in flavor, excellent in texture and wholly aromatic.

Well, these are the quite favorite ancient dish of America. These are entirely made of corn and maize which is grounded and then steamed/boiled. In the first trial tasty maybe you won’t like it, but the coarse ground taste is versatile. As grits are common  southern food and are classified into various types, such as Stone-Ground Grits, Instant Grits, Regular Grits, and Hominy Grits. Each Grits method has its own specific ingredients procedure, but Hominy Grits are quite mouth-watering, as kernels are soaked in lime or Iye solution which is also used in soups, stews, course shrimp meals, and ouille sausages, Brussels sprouts and even with ice tea. Dried grits are even favorite breakfast meal that is a delicious oatmeal alternative with rich nutrients.

This rich American dish is listed as one of the best delightful meal in the country. This somehow resembles as an old granny's recipe. When tasty British biscuits were brought in America and sawmill gravy was invented. This resulted in a fusion of cheapest yet pampering breakfast food especially during the Revolutionary War in the southern region of the country.

The biscuits are handmade with butter, bacon, and buttermilk in the rich gravy with juicy meat chunks or pork sausages, salt and black pepper. Today the recipe of Biscuits and Gravy is entirely modified as biscuits with different flavors and ingredients are available.

This is a layered grill sandwich which is composed of many ingredients together in between the rye bread slices. The ingredients used in Reuben Sandwich are corned beef, swiss cheese, Russian dressing, sauerkraut, etc. The history behind the name of this sandwich is quite grand, as was invented in Nebraska by a local grocer of the town named Reuben Kulakofsky. Americans staple sandwich is not modified with variations like Montreal Reuben, Walleye Reuben, Grouper Reuben, Reuben egg rolls, veggie Reubens and more. Delicious roasted potato salads, dill pickle dressings, raw coleslaw cabbage add more taste to this old American dish.

This hearty American food will take you the early days when mothers and grandmothers used to make dough with several aromatic flavors, seasoning, and baking. This is an America’s family recipe that is rich in nutrients, taste, and flavors. The dough is mixed with ground meat, seasonings, oil or butter with peppery flavors or flakes, pepper and oregano, and roasted or baked with home-made sauce. Typically ground beef meat is used but unlike other dishes have variation, then meatloaf is also influenced with different types of meats like lamb, pork, seafood, veal and so on.

This is a known American cuisine which gained popularity worldwide after the 1960s. A buffalo chicken wing is actually a flat which is deep fried and later dipped in vinegar-cayenne hot sauce and served with pampering dressing of melting butter. This dish was first introduced in 1964 at Anchor Bar in Buffalo, New York city by Teressa Bellissimo. Buffalo Chicken Wings are served hot with cheese dressings or dips, celery, and carrot salads as well.

This is one of the fast and fine dining snacks that are actually mini potato balls cooked with the deep fried method. American Tater Tots are great pass time food, picnic meal snack, breakfast crunchy and crispy bites with cheese dip and ketchup. In fact, this is also varied with other ingredients like carrots, home-cottage cheese in the perfect cylindrical shape. These were first invented and created in 1953 when Ore-Ida founder F. Nephi Grigg and Golden Grigg were experimenting with left-over potatoes. Even today, these are delicious snack pick item in America.

These are world famous quick hunger food which was found in Louis Lunch in 1900, by Louis Lassen, The are round fluffy bread consist of vegan or non-vegan patties, cheese slice, mayonnaise, ketchup, mustard sauce, lettuce leaves, tomatoes, and onion rings. It comes with various toppings and taste. Even today, these are American’s first hand-picked easy hunger choice that is delicious and cheesy in flavor.

Although there are numerous traditional and classy American foods and cuisines, few are most preferred by locals of the USA are mentioned above. If you are a real foodie, and still not have tasted one of these, then try some and add flavor to your mouth. I am sure, and you will fall in love with these American foods.

894
Raise a toast with the Bulgarian rakia