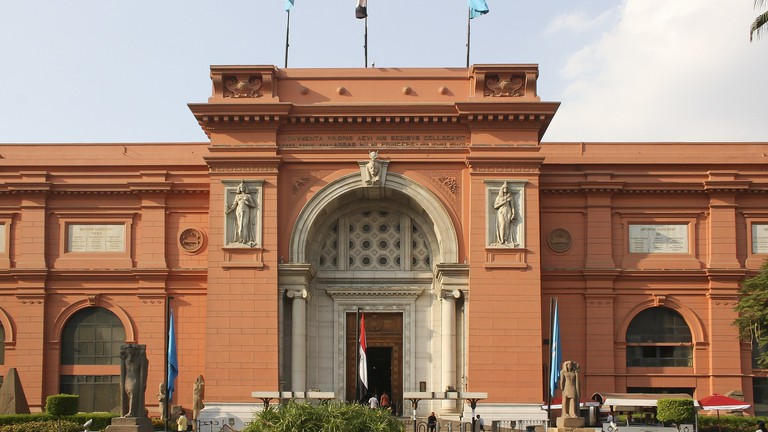 10 Most Admired Museums in Egypt

Given the diversity of history and ancient architecture, Egypt has always attracted people who are obsessed with historical monuments. Going to these museums through cheap flight deals will not only broaden your historical perspective but also enable you to witness the history up close.

Given the diversity of history and ancient architecture, Egypt has always attracted people who are obsessed with historical monuments. The towering pyramids, enigmatic mummies, never-ending deserts, and the interesting mysteries are the things that always fascinate the foreigners.

A museum is a place where people can discover the objects of historical, artistic and scientific significance. Similar to other countries, the museums of Egypt also has a worth that is hard to describe in words. From the statues of pharaohs to the dresses of ancient queens, these historical buildings have everything. In this piece, we are going to list the 10 most famous museums in Egypt. Going to these museums through cheap flight deals will not only broaden your historical perspective but also enable you to witness the history up close. Let’s get started.

Located in the Egyptian city of Alexandria, the Bibliotheca Alexandrina is a primary cultural center and a major library of Egypt. It is also an embodiment of the ancient libraries that were destroyed during the Roman occupation. It has been constructed just to rekindle the brilliance of ancient Egypt where books had a pivotal role in the day to day affairs of state. In 2010, a French library gifted more than 500,000 books to it, thereby making it the sixth-largest library in the world.

The library houses four museums that are exclusively devoted to Egyptian manuscripts, antiques, sciences, and other exhibits. A Norwegian company designed the campus of the museums and amazingly, it beats out 1400 other entries in a UNESCO design competition.

The museum was founded in 1908. It houses elegant Coptic art from the earliest days of Christianity right through to early Islam. The museum depicts an elaborate woodcarving on all of its walls. The carvings include the Ptolemaic period structures, colorful textiles, and the monastery frescoes. At the museum, you will have the chance to explore more than 1200 pieces of ancient artifacts.

Many of the pieces date back to the Roman period when Christianity was the primary religion of Egypt. The six Coptic churches and gardens surround the boundaries of the museum. The museum has various floors where the exquisite 4th to 7th-century Coptic textiles are embroidered. These rooms also host a plethora of books including the oldest book of Psalms in the world. If you are from Turkey, then never forget to check Turkish Airline ticket price before departing for Cairo.

Disclosed in 1975, Luxor Museum is called the first modern museum of Egypt. It lies along the Nile River beside the Temple of Luxor. Instead of showcasing archaeological mixture, the museum only focuses on the precious items of the country. The exhibits of the museum include the statue of Amenhotep III, a reconstruction of Akhenaten temple, and the mummies of various pharaohs.

The ground floor of the building has several masterpieces, including the colossal limestone statues of various succeeding kings. In 2004, a new ring was opened which was dedicated to the glory of Thebes during the Kingdom period.

This military museum is located in the El-Alamein town and depicts marvelous monuments of the North African campaigns of WWII. It was opened in 1956 during the presidency of Jamal Abdel Nasser just to commemorate the Battle of Al-Alamein between the German and British in 1942. The museum has four halls dedicated to the main countries involved in the war, including Italy, Egypt, Germany, and Great Britain. There is another hall that contains the uniforms, photos, guns, and maps of the soldiers who took part in the succeeding Egyptians wars. The place outside the museum has tanks and artillery from the battlefield.

Furthermore, there are also huge military cemeteries where the soldiers of Germany, Italy, and Greece are buried.

Nubian Museum is an archaeological site located in Upper Egypt. The museum was built in the construction cost of $22 million. It was inaugurated on November 23, 1997, and was dedicated to the Nubian culture and civilization. The museum is a showcase of the art, culture, and history of Nubia and reminds us of what was lost underneath the Lake Nasser.

The exhibits of the museum are displayed in huge halls, where the written details will take you from 4000 BC to the present day. The major exhibits include prehistoric artifacts, Islamic art, ancient pottery bowls, and an impressive statue of a 25th-dynasty priest Amun.

The construction of the Grand Egyptian Museum was started in 2000, and it is hoped that it would open for the public in 2020. This colossal structure quadruples the beauty of Giza Plateau and will be connected to the pyramids by a two-kilometer road. Until now, more than half a billion dollars have been spent on its construction. After the completion, the museum will house more than 100,000 artifacts and exhibit the magical Tutankhamen collection for the first time.

The museum is also designed to include innovative technologies, including artificial intelligence and virtual reality. To promote direct contact with other international and local museums, it will also act as a center of communication.

Since the museum has a stunning collection of artifacts and woodwork assembled from various Islamic countries, it is considered one of the greatest museums in the world. It displays only the selected 80,000 objects, but the real number of objects is much greater. It was heavily damaged in 2014 in a bomb attack on the nearby police headquarters, but after the extensive revamp was finally reopened in 2017.

As you enter the museum, you will see the architectural details such as inlaid-wood ceiling, carved plaster and frescoes to the right. Plus, you will also witness the stunning figurative work that is not necessarily Islamic. On the left side, there are carpets, astrolabes, and an illuminating Quran on display.

This museum is named after the ancient city of Aneb-Hetch. The museum is located to the south of Cairo and is considered one of the most visited museums in the city. The most famous monuments of the museum are the colossus of Ramses, Great Sphinx of Alabaster, and different statues of kings. When you enter the museum, you will observe that the remains of the ancient city are still alive here. A visit to the Memphis museum is the perfect opportunity to go back in time.

Even though the museum is not super famous, but it will definitely dazzle your mind and soul. It is open on every day between 9 am to 7 pm. You undoubtedly need to go there if you want a glimpse of ancient Egypt.

The museum is located in Wadi El Hittan and is a UNESCO World Heritage Site. The tourism department of Egypt created the museum with the help of Italy and the United Nations. The most enthralling thing of the museum is a whale skeleton which is said to be about 37 million years old.

By visiting this circular one-room museum, you will explore the nature, geological history, and the climate of this area. The displays here surround the crowning exhibit of the museum, thereby depicting an outstanding blend of tradition and history. The online flight booking function of various airlines will enable you to get your ticket for Egypt immediately.

Saint Catherin’s Monastery lies at the mouth of a gorge at the foot of Mount Sinai, Egypt. It is a UNESCO World Heritage Site and is being controlled by the autonomous association of the Churches of Sinai. Since it was built in the 6th century, it is considered the oldest Christian monastery in the world.

Inside the compound, there are marbled walls and columns covered in sparkling icons and paintings. At the eastern end, there is a 17th-century iconostasis that separates the nave from the sanctuary. If you are planning to visit the monastery, keep in mind that it is a functioning church, and you are supposed to wear a conservative dress. You will not be allowed to enter the church if you are wearing shorts.

The museums mentioned here are worth a visit if you ever travel to Egypt. Unquestionably, no trip to Egypt is complete without visiting these historical sensations. If you are planning to spend your next holidays in Egypt, then book your ticket through faremakers.com, your online travel partner. Furthermore, if you have any query in mind, you can freely ask it in the comments section below.