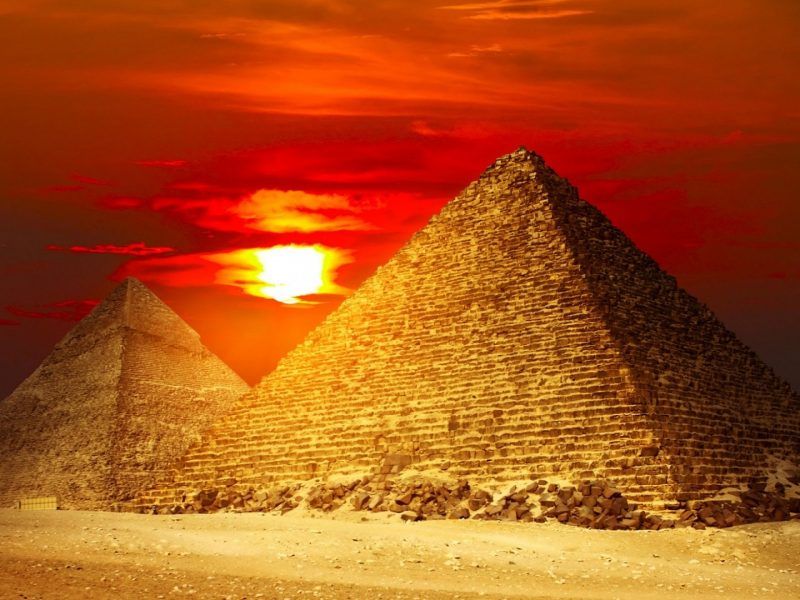 A trip to Egypt will surely add charm and beauty to your travel stories. Needless to say, Egypt is a heaven for tourists who loves to see historical landmarks and stunning archaeological ruins from the world’s classic civilizations, set against the backdrop of the ancient river Nile and the Sahara desert.

My Sharma Adventure is a tour operator supplier, which provides Egypt tour packages at affordable prices and offering satisfaction by its exceptional customer service.

One of the oldest among the seven wonders in the world is the tomb of the mighty Pharos of Egypt. It is guarded by the arcane The Great Sphinx, who is believed to be treacherous and merciless, having the head of a human and body of a lion.

The Sakkara or Saqqara is the huge, ancient burial ground for Ancient Egypt's capital, Memphis. It has various pyramids which include the Step pyramid of Djoser, Red Pyramid, Bent Pyramid which are very popular around the globe.

Built by the Alexander the Great, Alexandria has Roman taste in its ruined architecture of the temples. It also has the Roman Catacombs which are the largest Roman Cemetery. It is also known for its relishing seafood served by the restaurants near the Mediterranean. It is the home of Cleopatra and popular for stall shopping and strolling on its beaches.

Widely famous for the Temple of Queen Hatshepsut, the only pharaonic woman who ever ruled ancient Egypt. The Karnak temples are famous around the globe for being the representatives of reverence. The Luxor temple is also a hugely popular tourist attraction, built by Amunhotep III, dedicated to the great god Amun-Ra. It also has the biggest open-air museum in the globe. The wall arts of the tombs are bound to strangle you in its beauty.

Edfu’s Temple of Horos, The Falcon-headed god which is a marvelous example of sheer dedication of the builders and architects of Ancient Egypt. It is also one of the best-preserved temples in entire Egypt. The looming sandstone structures with giant gates are worth seeing and leaving you imagining.

It is the city situated on the curves of Nile river famous for its boat-restaurants, the monastery of St. Simeon, Elephantine Island, colorful Nubian villages, historic sites, and temples. Even the surreal beauty of the Nile river alone is enough to be listed in your bucket-list.

The Ramses II’s great Temple with humungous statuary standing guards is situated here having decorated with wall paintings. This is also known as The Sun Temple of Ramesses II. The Temple of Queen Nefertari is also a major tourist attraction.

The famous King Tutankhamen glorious history lingers in this museum along with the mummies of many Pharos. This pinkish monument whose color has faded with time is the home of various ancient artifacts and arts which are eye-pleasing to every extent.

This Oasis is encircled by the date plantations and freshwater springs with delineated mosques and the mud-brick citadel take your breath away.

The White Desert is a natural wonder in Egypt, known for the wind-carved rock formations majorly mushroom-shaped or pebbles scattered all over the desert. These chalk-mountains are enough to cast an eternal spell over your mind. The Baheriya Oasis is depression and Oasis where fossils of dinosaurs and mummies have been found. Its numerous natural springs are scattered throughout the vast desert.

Their Egypt tour packages also include the private guiding fees in Cairo and Alexandria which is an add-on benefit that many excursion companies may not offer. They provide the Best Egypt Tour Packages with the most satisfying experience.

They have also launched a new tour package especially for the football lovers for the Africa Cup 2019. In this package, they provide 11-night accommodation in up to 4-star hotels including breakfast and also include stadium tickets for 3 games. They also provide airport and reverse airport transfer. Isn’t that fascinating? They also provide tour extension facilities to the members when they enquire.

Egypt is one of the most eye-satisfying destinations for tourists and more than 8 million tourists traveling per year is true justification for its spellbound beauty. Within deserts and arid regions the civilization of Egypt proves to be an everlasting experience and one-of-a-kind experience for the visitors.

Popular Tourist Attractions You Can’t Afford to Miss in Maui
1185
What are the favorable place to visit in Delhi for tourist?
897
10 Most Admired Museums in Egypt
863
10 Top-Rated Places to Visit in Brazil
829
Attractions at Madikeri Fort
792
Top Six Belarus Attractions You Must Visit This Year
770
7 Top Tourists Attractions in Albania
769
Travel Guide To Char Dham Yatra Best Tourist Place In India
761
Which are the Most Overrated Tourist Place in America?
756
How to Apply for Canada Tourist-Visitor Visa
745
6 Top-Rated Tourist Attractions in Greece
739
Process To Apply For Indian Tourist Visa Online
635