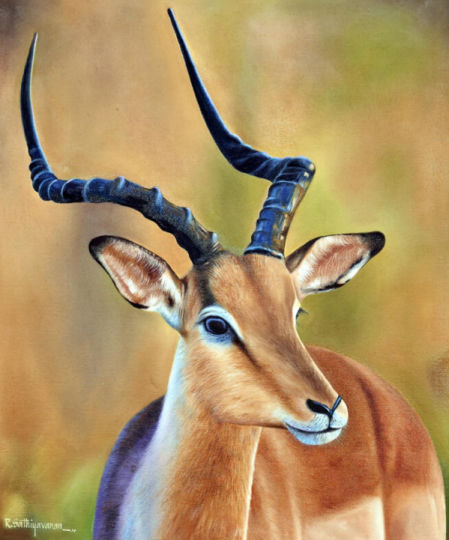 INCREDIBLE FACTS ABOUT OIL PAINTING ON CANVAS Oil painting is the technique of art, done by the help of pigments wherein the oil acts as a medium binder. The most common oils used for oil painting on canvas are linseed oil, walnut oil, poppy seed oil, and safflower oil.

Oil painting is the technique of art, done by the help of pigments wherein the oil acts as a medium binder. The most common oils used for oil painting on canvas are linseed oil, walnut oil, poppy seed oil, and safflower oil.

The choice of oil for art depends on the artist because every oil has different properties, such as the extent of yellowing or the drying time. The difference in oil is also observable in the sheen of the colors.

However, artists should try different oils for their painting, because the pigments and the effects vary a lot. Moreover, the colors themselves also formulate a particular consistency depending on the medium used, because the oil may be boiled with a resin, for creating glossiness in the large canvas wall art.

The article comprises incredible, surprising facts about oil paints on canvas, which may not be known to numerous artists!

Facts about oil painting for canvas:

Earlier, oil colors were not available so quickly, much processing was required, and the fun fact is to choose the right pigment and grind it. Painting through oil colors was never easy because it needed the exact formulation between oil and the chosen dye.

For example, the ultramarine blue color is made with the help of ground lapis lazuli, which is costly. This pigment is very rare, and it was found only in Afghanistan in the older times. After making this color, the only way to store it was in the pig's bladder! Even now, there are various rarest colors which are not only expensive but also unavailable.

Zinc and lead for colors!

Although the assistance of pigments creates many colors, the only way to make white color pigment was through lead. The best advantage of using white color was that it dried up quickly, but the major disadvantage was that it was very poisonous for the artists. Hence, another alternative for the lead used in older times was zinc.

The selection of canvas

Canvas is always the best choice for oil paints because, on wood, the color used to break. But it's also very tricky to choose art, and it's not just about choosing the canvas, there are many other steps followed by it. And one such step is a canvas stretching; just after priming the canvas, the artist needs to stretch the art, and it's tough too!

Nowadays, artists prefer pre-stretched canvas, but there are many others available, which can be cost-effective and would give much better results! The oil painting on canvas looks amazing on large canvas wall art

Oil paints have evolved, it was invented in around the 11th century, but there were no metal tubes at that time! Earlier, the oil painting was made by crushing and boiling the pigment with oil, and it was tough to store the colors.

However, the invention of the metal tube in the 19th century became a boon for the artists. Moreover, in the older times, nobody used canvas for oil painting though the still life oil paintings for sale were made at the start of the nineteenth century with oil paints, which became very popular.

Brush didn't give the expected result to the artist, and switching to the knife gave the best results. As oil paints are thick, knives help to lay the color properly on the canvas, but it takes much time to dry up entirely.

So, get yourself a painting, which speaks to you the most. Canvas painting will emit a positive vibe in the room and will surely be a conversation starter. This way, you will encourage an environment of warmth, and it will also give a beautiful makeover to your Living space. Visit www.indianartzone.com website, if you like to explore a wide variety of painting online .

How 10 things will change the manner in which you approach art stickers
1107
5 Easy Ways to Create a Mind Blowing Abstract Painting
898
How to Start a Cupcake Boxes Business from Home?
856
4 Things to Consider Before Buying Acrylic Pour Painting Supplies
813
Why Creative Art Work Matters When It Comes to Nail Polish Boxes?
805
Grow Your Brand By Using Custom Essential Oil Packaging Boxes
626
Great ideas for creating a quiet home with modern art painting
578
A Glossary of Contemporary Art
549
You Need to Know: Where to Buy Art Supplies in Pakistan
532
Big Artworks for Work
523
Explore Creativity: 5 Tips for Styling study room with creative Contemporary Art
498
The Options And Focus For Buying The Best Artwork
487