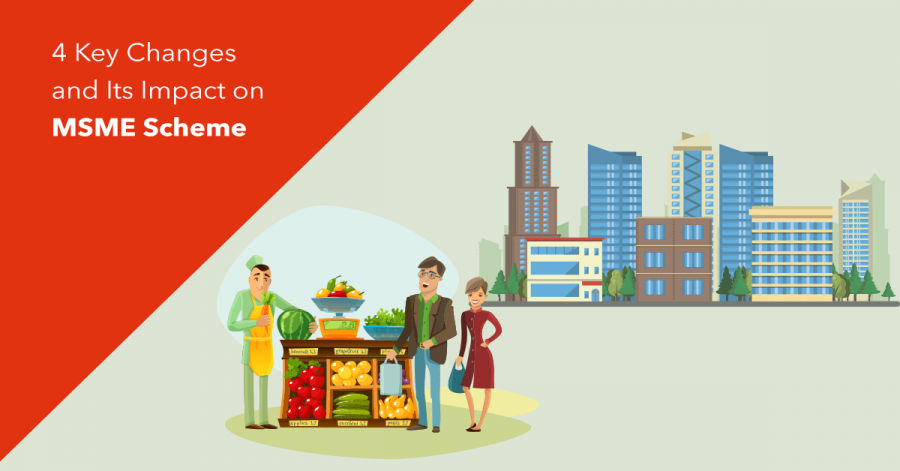 Interest Subvention Scheme for MSMEs: 4 Key Changes and Its Impact

Micro, Small and Medium Enterprises (MSMEs) are essential to boost the economy of the country and thus, the Government of India has been focusing on the expansion of MSMEs and formation of new MSMEs by providing them with the required financial help in the form of small business loan, collateral-free loans. The Government has launched many MSME loans to encourage the formation of new entities under MSMEs.

Micro, Small and Medium Enterprises (MSMEs) are essential to boost the economy of the country and thus, the Government of India has been focusing on the expansion of MSMEs and formation of new MSMEs by providing them with the required financial help in the form of small business loan, collateral-free loans. The Government has launched many MSME loans to encourage the formation of new entities under MSMEs.

What is Interest Subvention Scheme for Micro, Small and Medium Enterprises (MSMEs)?

The Government of India has launched the scheme to provide small business loans, collateral-free loans to both manufacturing as well as service entities falling under MSME, to expand their business & flourish along with providing incentives. Getting MSMEs onboard the GST platform will help formalize the country’s economy.

The scheme provides an interest relief of two percent per annum to all GST registered MSMEs on the MSME loan/collateral-free loan/small business loan.

What are the 4 key changes in the scheme?

Owing to certain hindrances, the objectives of the scheme were unable to be met to the point. And due to this, the Government had to make certain changes in the scheme to act as a stimulus and boost the MSMEs performance. This would further enhance the economy of the country. The 4 key changes implemented are as follows:

And for those entities which do not require GST number, may either submit Income TAX PAN or loan account number which recognizes them as MSME by the financial lender.

(2) Immediate Settlement of the Claims:

Small business loan and Collateral free loans are very necessary for an MSMEs as they need funds for their smooth daily operations and expansion plans. Without the funds, it will be difficult for an MSME to perform.

(3) Extension in the submission of the claims:

For half-yearly, the Government has extended the last date of submission of the claim. This comes as a huge relief for those MSMEs who have missed the filing date.

MSMEs without valid UAN number is now allowed by the Government to take part in the trading activities. This will encourage MSMEs to take part in national trading and boost their business and, add to the development of the country’s economy.

What is the impact of the changes in the scheme?

MSMEs contribute to the economy of our country by creating employment opportunities, manufacturing, exporting, etc. It is very essential to get MSMEs onboard the GST platform because that will make our economy stronger and powerful.

With the key changes, the Government is aiming at more and more MSMEs to be registered under the scheme which will create more employment opportunities,

enhance their productivity as they will have access to MSME loans/small business loans at a reduced cost. This will help to boost the economy of our country, Also, with this, India may become a self-reliant country – Swadeshi.

(1) When was the Interest Subvention Scheme for MSMEs launched?

(2) What does Interest Subvention mean?

Subvention means a grant of money by the Government and by Interest Subvention, it is intended that the Government shall bear a part of the interest being charged for the MSME loan.

(3) When is the last date to submit the claims?

(4) Who is eligible to lend financial help under this scheme?

Initially, only the scheduled commercial banks were allowed to provide the MSME loan under this scheme but as per the change, the Government has decided to include the co-operative banks also as an eligible lender. This will enable MSMEs to have wider access to the much-needed financial help.

How to Avoid Capitalized Student Interest on Education Loan for Study Abroad
963
What Are Short Term Loan Interest Rates? Can I Get A Long Term Solution?
725
The Daily Life Changes That Can Transform Your Financial Situation
652
Low SME Loan Interest Rate That Makes Loan Repayment Easier
487
The real value of payments and its advantages
438
How Individual Credits Ensure Multiple Financial Advantages for You?
376
Smart Tips To Choose Home Loan Interest Rates
353
The real value of payments and its advantages
349
Benefits of mobile app development to business
326
What You Need to Know About Living & Death Benefits of Life Insurance
326
ATP Kiosks and their benefits to rural areas
315
IPTV Payment Gateway securing business interest
307