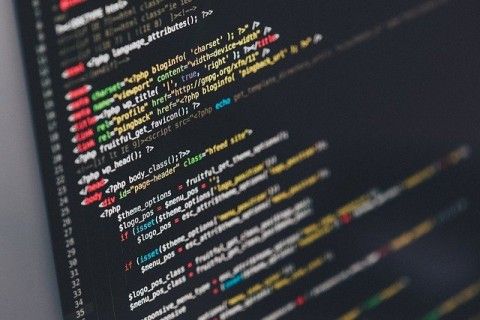 Technology is developing faster, and because of that, several businesses are now transforming their obsolete working systems into new ones. From Python to RPA, several new technologies are being integrated into the business's primary framework. Not only are these technologies high-yielding and efficient, but also they allow companies to keep up with the pace.

Out of several technologies, Node.JS is one of the most popular ones. This particular programming platform helps developers follow current technological trends with ease, be it the APIs or Artificial Intelligence. As a company, you might be looking forward to hiring Node.JS developers. You need to understand whether this technology will help your business grow in 2021 or not. It would also help if you also learned the areas in which Node.JS has found intensive applications.

Several technical definitions are there for Node.JS. But, most of them will likely seem to be gibberish for you. After all, not everyone is tech-savvy and can understand the technical terms.

So, let's put the definition in a more straightforward and more understandable form!

Node.JS has an open-source framework that has been developed and coded based on the runtime behavior of Chrome's Javascript V8. Since this directly relates to JS, performing the code building and development is much easier than you can comprehend. A developer needs to have the proper skills and knowledge about JavaScript and other attributes. Hardcore knowledge about programming is not required.

Rather than running on the onsite machines, Node.JS will operate on the server-side, which is why it has been modeled to be flexible, lightweight, and efficient. This way, the platform can be used across multiple devices without any hassle. It uses the event-driven I/O system with non-blocking features, which makes the programming much more straightforward. This is one of the main reasons you should hire Node.JS developers carefully since handling the platform is tricky.

What are the benefits of using Node.JS?

Node.JS is one of the growing technologies in today's time. The open-source platform allows the developers to build applications on the server sites and provides the opportunity to work on APIs, real-time codes, and others.

To help you to hire nodeJS developers, here we have explained some of the benefits of this language.

One of the main benefits of using Node.JS is the scalable future. With this programming language, you can run multiple nodes on the same environment and divide an application into multiple instances based on the users. If you are using the nodes on numerous computers across the office, this platform's cluster module feature will automatically balance the load, allowing you to work swiftly.

Similarly, if you hire nodeJS developers, you will be able to personalize the applications and divide the functionality into different instances based on the user demands.

As Node.JS is built on Chrome’s V8 javascript engine, the language is straightforward to learn. This is why you can hire nodeJS developers or train your onsite team about the programming language and start the project. Being an open-source platform, Node.JS will offer you community help, thereby reducing the pressure of complex code snippets.

Apart from this, as this programming language can be coded in JavaScript codes, it is far easier to handle than other development languages.

Most of the programming languages present in the market either offer front-end development or backend. This is why a developer will have to switch between the frontend and backend languages too often, disrupting the smooth flow of operations. This is why hiring Node.JS developers will be profitable for your businesses since this programming language is based on full-stack development.

Hence, with Node.JS, you can develop both the front end and the backend quickly.

This is why you need to hire nodeJS developers who will effectively reduce the development time and increase the efficiency and performance of the same. The lightweight nature of Node.JS is the primary feature that allows developers to code fast and build a program that will have the desired functionality with just fewer programming statements.

MPV or Minimum Viable Product can be created and developed using Node.JS. Here, you will develop a product with just enough functionalities to satisfy the first boundary of customers. This will give the small-sized businesses and startups the kick start they need to enter the market. Once you get the revenues, you can further upgrade the product as per the market requirements.

What are the top trending applications of Node.JS?

In 2021, several top leading tech giants to startups have adopted Node.JS for their projects. It's pretty surreal even to imagine that such an open-source platform has now become one of the most used programming languages in the world. Here, we have explained some of the trending applications of Node.JS in the tech world.

1.   Both the MEAN and MERN stack uses the Node.JS technology as the last and the essential frameworks. Apart from full-stack development, the MEAN and MERN have found great use in real-time application and API development which is why you can easily hire nodeJS developers for your projects.

2.   Applications can now have real-time integrated features, thanks to Node.JS. For example, live video chats, live gaming, live stock exchange are features that most applications now have in 2021. And these features are bringing in more user engagement in real-time.

3.   While developing an application using the Node.JS technology, one won't have to worry about the servers on which the work is done, all thanks to this platform's serverless architecture.

4.   If your company deals in IoT projects, you need to hire nodeJS developers since the platform can quickly develop IoT codes without much hassle.

Node.JS can be considered to be an advanced version of Chrome’s JavaScript engine. However, many updates have been made in Node.JS, so it is still in the trend. So, if you plan to shift your programming base to this platform, it is a beautiful idea as Node.JS will not enhance the performance and efficiency and reduce downfall time and errors.

What is a step of Roadrunner Email Settings For iPhone?
1288
AC BUYING GUIDE - HOW TO PICK THE FINEST AIR CONDITIONER IN BD
954
India’s leading voice over marketplace voyzapp.com announces winner of the “Voice of the Podcast - 2020” contest
843
Podcast Industry Will Reach US$2 Billion by 2021
824
Usual Practices Of Money Laundering In Cryptocurrency
804
One Stop Solution For All Services, Launch Your Gojek Clone Right Away
685
[SOLVED 2021] how to fix error code b200 for canon mx922 printer?
665
Top 5 PHP Framework - You Should Know In 2021
584
Buy New Air Cooler In Bangladesh | Best Air Conditioner From Transcom Digital
577
Some Latest Trends In Website Design You Can’t Ignore In 2020 And 2021
561
How Drone Photography Dubai make picture special
560
A complete Guide For Virtual Event Platform Development in 2021
560